Most years  I'm able to show all the Cubs inserts from a series with one post.  Not this year, as the Cubs are featured in a whopping 34 insert cards!  So today I've got just the Cubs from the 1987 set.

The set has 100 cards on the checklist and eight of them are Cubs.  That is a crazy high number of Cubs.

The first thing I need to do is to compare the 2017 version with the actual 1987 cards.  Topps made it easy because Ryne Sandberg has cards in both. 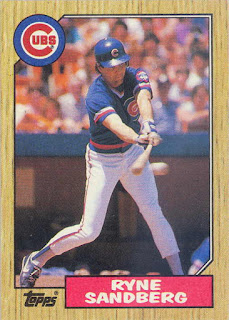 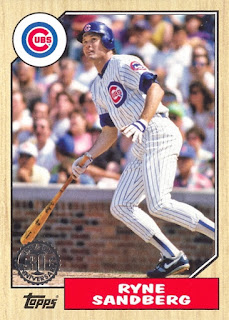 The card from 1987 is on the left.  Notice right away that the Cubs logo is different.  The 1987 version is much bigger and much better.  The shading of the wood is different as the originals have a darker color.  But the red box is brighter on the 2017 cards while the font on the new cards is smaller.  I'm still baffled as to the reasons why Topps cannot duplicate their own designs.

Now on to the current players.  Topps didn't include any clunkers among the seven.  And despite having seven included, the NL's ERA leader and runner-up from 2016 didn't make the set, nor did the NLCS or World Series MVPs.  I guess the Cubs are kinda loaded with decent players right now! 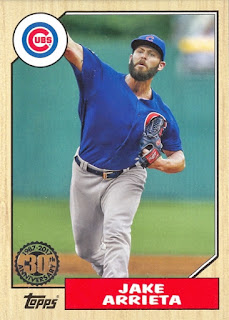 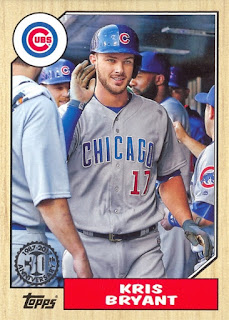 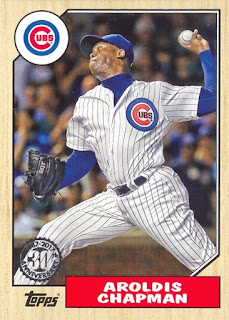 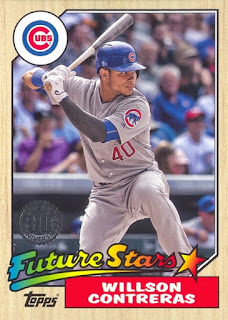 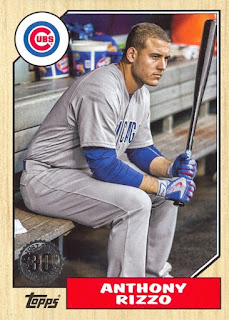 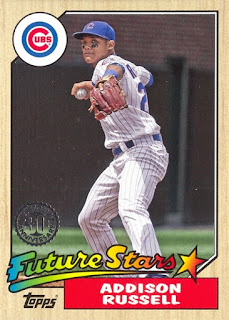 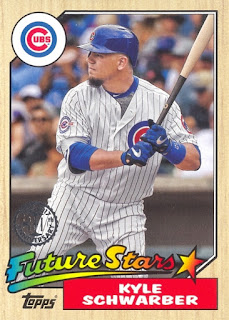