Now that I have some 2017 cards in hand, I've been able to take a good look at the back of the cards. 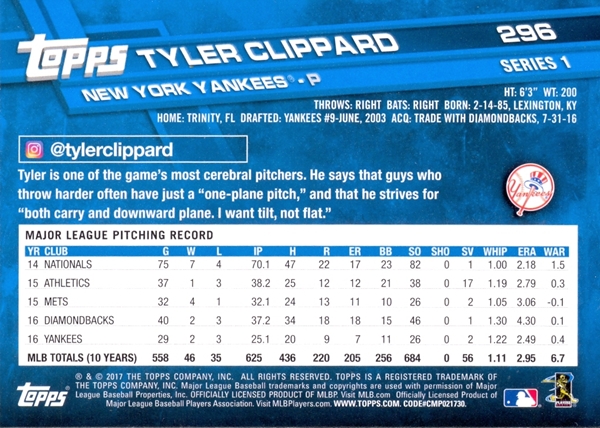 I've seen much written about the change to the backs, that Topps is no longer listing the player's complete year-by year stats, but instead just list the last few years and a total line. 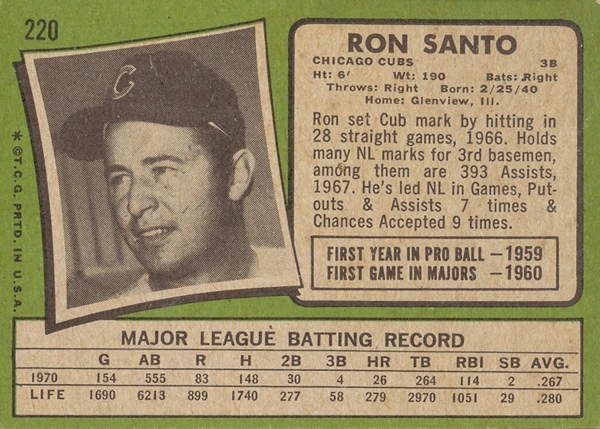 The last time this happened was in 1971.  One those backs Topps just listed the player's stats from 1970 and their career totals.  I absolutely did not like it in 1971.  For me, the cards were my stat book.  If I wanted to see how they did in a particular year, or which team they played for during a certain season, the back of the card told me.  I really missed not having that information and was thrilled when the 1972 backs were returned to normal.

Fast forward to 2017 and reduced stats again.  How do I feel about it now?

I am perfectly fine with it.

Yes, Mr. Tradition is OK with a change.

First, I don't think anyone uses the back of a baseball card as a stat sheet any longer.  Instead you whip out your smartphone and go to baseballreference.com.  I've got instant access to stats.  Stats on the back are becoming obsolete.

The second reason is because I'm not a kid anymore.  I no longer have the eyes of a kid.  It's a struggle to read the stats on the back.  They are too small for my bad eyes to make out easily.

I don't think I'd like to see the stats completely disappear.  That would be too much of a change for me.  But reduced, no problem.
Posted by Wrigley Wax at 7:00 AM