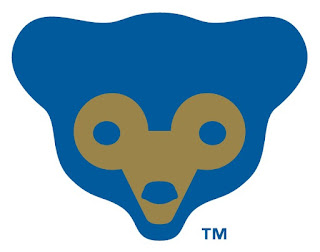 In 1962 the Cubs added the Cubby bear patch to their uniform.  It started showing up on Topps cards in 1963. 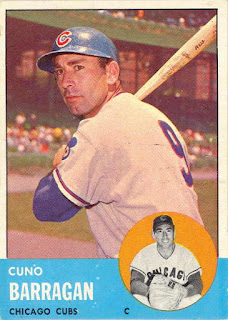 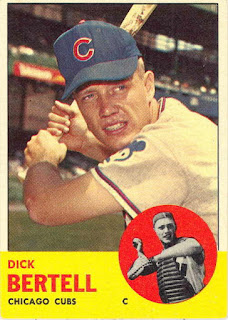 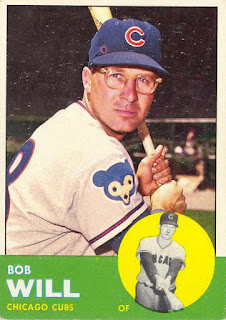 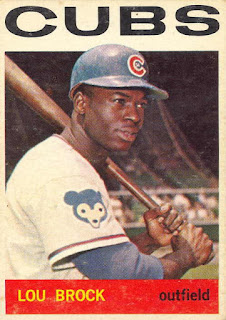 The patch for Will and Brock is on the right shoulder, not the traditional left shoulder.  I never understood why.  Was it a mistake by the uniform maker? Did they actually wear the patch on both shoulders for a while?

So the mystery is solved....the patch would always be on the players glove side. 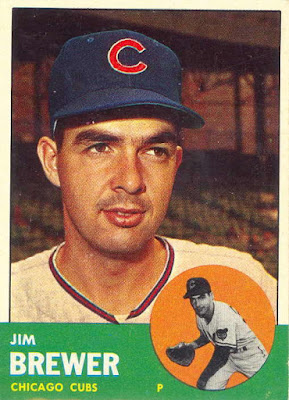 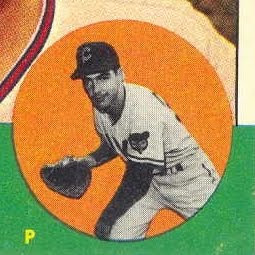 Jim Brewer is left-handed.  Why is the patch on his left shoulder?

When the 1962 season started Brewer was in the minors.  Right handed pitcher Jack Curtis started the season with the Cubs and wore #38.  As a righty, the patch was placed on his left shoulder.  In May, Curtis was sent down and Brewer was brought up.  Brewer was given #38.  You can barely make out a bit of the 3 on his back.  Brewer was given Curtis' jersey, but no one bothered to switch the patch to the other side.

Mystery solved...maybe.
Posted by Wrigley Wax at 7:00 AM