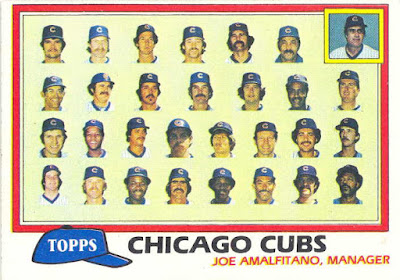 I haven't been able to find a color version of the Cubs original photo, but I did come across a black and white version. 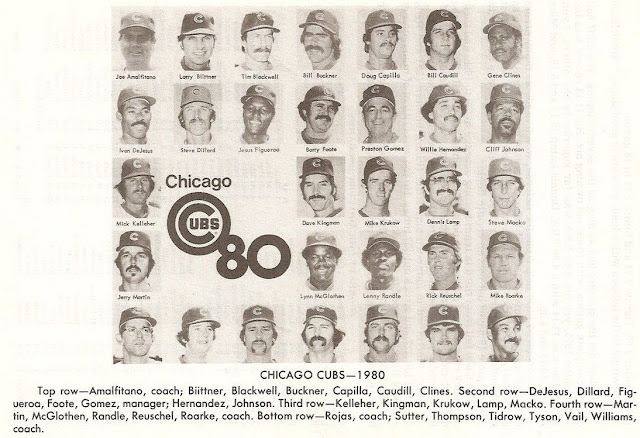 This is the easiest one yet for identifying the players, with names printed on the photo and listed underneath!  This time they are arranged alphabetically.

Again there are differences between the two. The Cubs picture has 31 players, while the Topps card shows 29.  Three were removed and one was added, 31 - 3 + 1 = 29.  Gone were Joe Amalfitano (he was moved to the manager's corner, Preston Gomez, and Steve Macko.  It seems pretty cold of Topps to remove Macko, who was battling cancer at the time the card was made.  He would die in November, 1981.

The added player was George Riley.  Topps used their own picture of him, third row far right.  Topps also used different pictures for several other players.  I wonder if there was a later version from the Cubs that Topps used?