The Last of the Team Photos

I've got the last of the team cards. 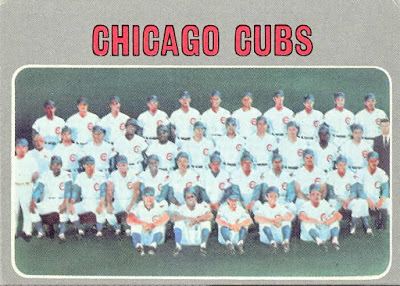 I thought the 1970 card would be difficult because I've never seen a copy of the original picture that included a listing of the players..  When Googling "1969 Cubs team photo" all that comes up is the floating head picture or the team picture on the card without the names..  But I rolled the dice with the Sporting News Baseball Guide, spent another five bucks, and... 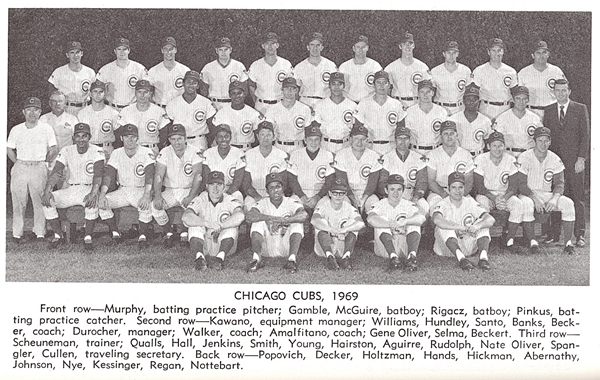 ...success!  This picture was taken sometime after September 11, 1969, which was the date the Cubs acquired outfielder Jimmie Hall (second row, fourth from the left).  Its surprising that anyone is smiling since the season was going down the drain at the time.  I also find it interesting that seated in the front are non-roster personnel and Oscar Gamble.  It was Gamble's rookie season; he was a September call-up.   Did the vets on the team make him sit with the bat boys? 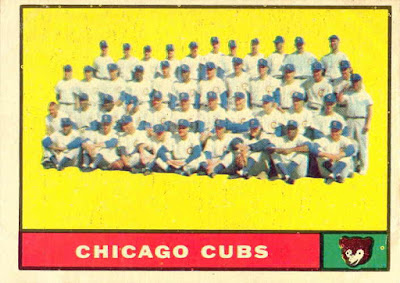 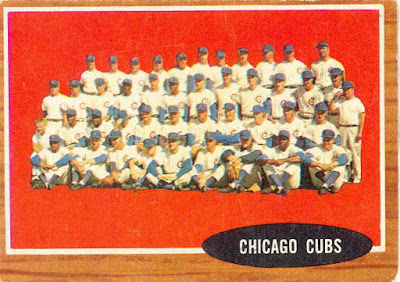 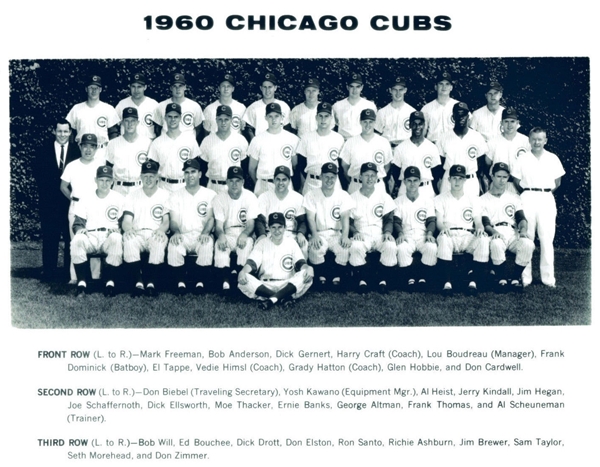 Nope, I'm not good.  Topps didn't use the 1960 photo.  The 1959 team photo was used on the 1960 card, so Topps didn't go back in time, either.  My next thought was that the two pictures were taken at the same time.  But clearly, they weren't as the Topps card has a whole row of players sitting while the Cubs team photo has just the bat boy on the ground.  Somehow, Topps got a completely different picture to use.

I see two ways to get this resolved. The 1961 Sporting News Baseball Guide is one possibility.  Guides from back then are harder to find and cost more than five bucks, so I'm going to have to wait.  The other solution is to occasionally do searches on Google and Ebay for 1960 Cubs team photo and see if the Topps version shows up. 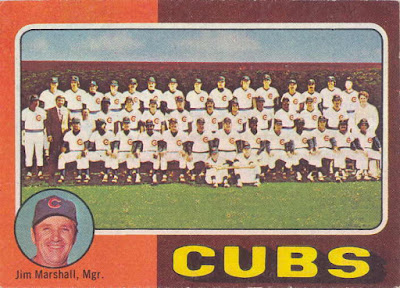 The 1975 card is the other White Whale.  I already know that the 1975 Sporting News Guide won't help.  Google and Ebay are my only options for this one too.

It could be days or years before I get to the bottom of these last two..

It will happen!
Posted by Wrigley Wax at 7:00 AM