We've moved into the Eighties as the heads continue to float. 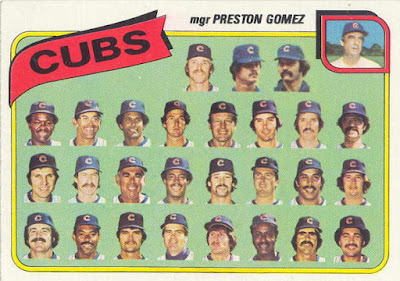 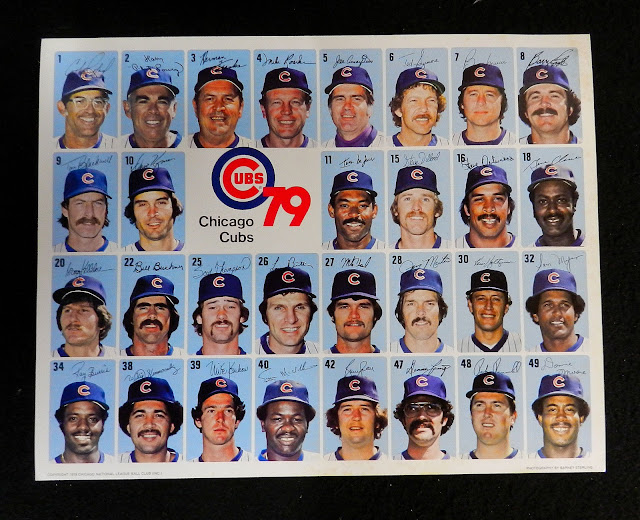 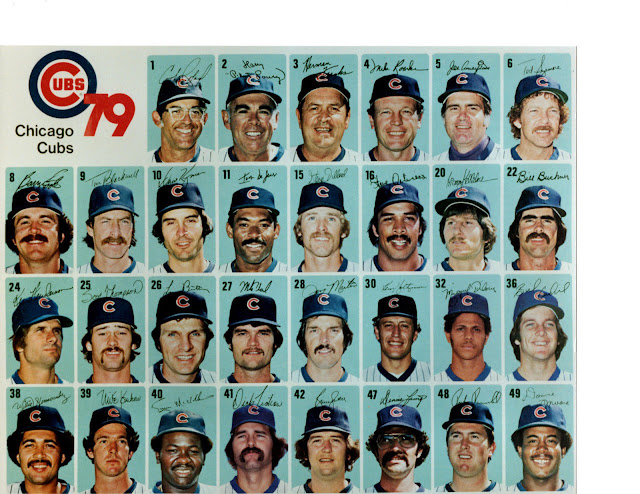 Again, they listed everyone numerically, so identifying the players is a snap.  Four players were swapped out between the old and new. Gone were #7 Bobby Murcer, #18 Gene Clines, #32 Sam Mejias, and #34 Ray Burris.  In their place were #24 Ken Henderson, #32 Miguel Dilone, #36 Bill Caudill, and #41 Dick Tidrow.

It looks like Topps used the early version of the photo since the card has Burris, Mejias, and Clines.  Missing from the card are Bobby Murcer, Ted Sizemore, Ken Holtzman, and Herman Franks.  Its odd that they took some out but left others in.

Topps also added their own pictures of Dick Tidrow and Doug Capilla (who wasn't in either of the Cubs photos) on the top row of the card.  It's pretty easy to spot the difference between the Cubs' headshots and the ones that Topps made.