The 2001 Gold Label was an enigma.  It returned to its roots, after one year of equally distributed classes, by having the second and third class of cards harder to find than set one.  But a completely new twist was added, with the addition of 15 cards to each class.  The additional 15 were mostly rookies and prospects, but they were also short-printed and numbered. 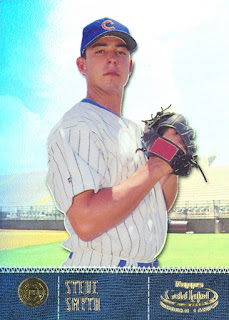 Steve Smyth was the Cubs representative among the additional 15.  The insanity is that of all of the Gold Label cards from all the years, this was the most expensive.  I had to pay more for a guy with an MLB career ERA of 9.35  than I paid for any other player. 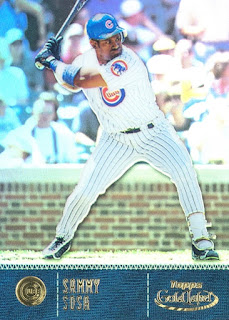 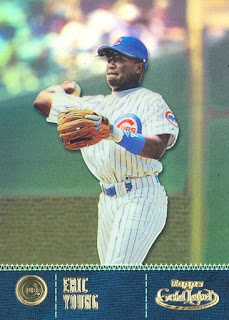 Sammy and EY were the other Cubs in the set.  The early aughts were lean times for the Cubs.