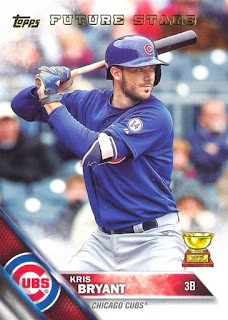 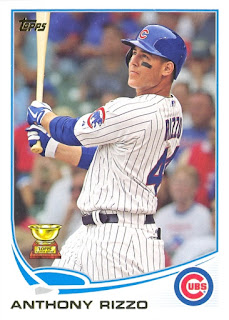 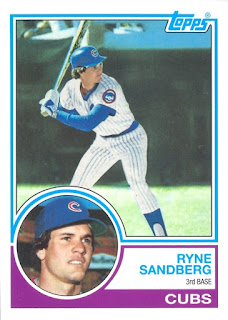 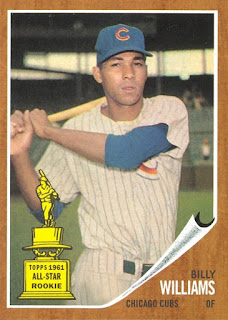 I mentioned this is an earlier post, but the Sandberg card has no cup because though Topps names a rookie team, they stopped using the cup. 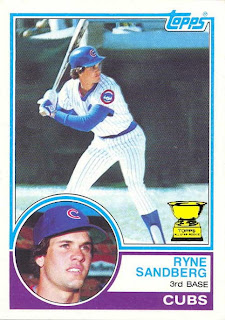 As far as I can tell, this is the first time that the rookie cards for Bryant, Rizzo, and Williams have been reprinted by Topps.  Not the Ryno, though. 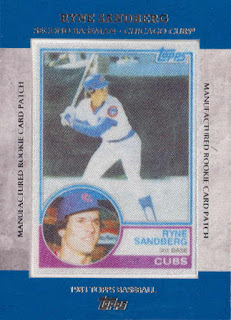 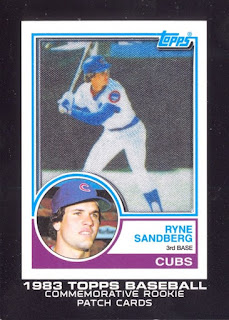 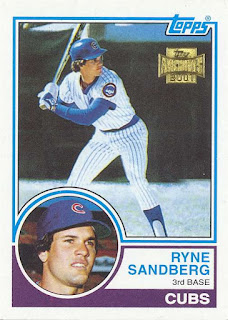 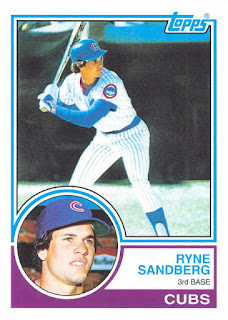