My Update cards should be arriving from Brentandbecca today and I should have some of the Cubs up tomorrow.  While I'm waiting, I've got an oddball set for today. 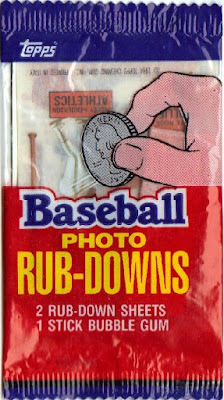 Topps released a brand called in Rub-Downs in 1984.  As you can see, each pack comes with two rub-down sheets and a stick of gum.  Each sheet contained either three or four players.

The set contains a total of 32 sheets and there were 112 different players.  Of those there were just three Cubs..... 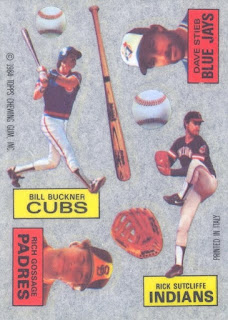 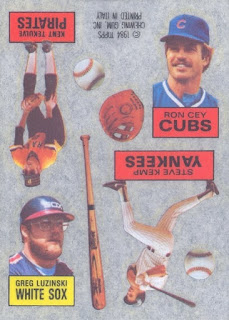 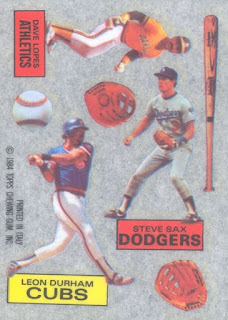 ...Bill Buckner, Ron Cey, and Leon Durham.  Since this is a 1984 set, maybe you can count Rick Sutcliffe, who is on the Buckner sheet shown as an Indian, as half a Cub.
Posted by Wrigley Wax at 7:00 AM