Gold Label was on life support in 2002 and Topps made some big changes to save it, apparently.  First, the set was increased to 200 cards, which was double most of the previous releases.  The second big change is that there was just one card for each player, not three.  Topps still had classes, but they were just parallels of the base set, not different cards.  I'm guessing that the changes didn't help sales, because this was the last release of Gold Label for twelve years.

With 200 cards in the set, the number of Cubs increased, too and we end up with seven Cubs cards. 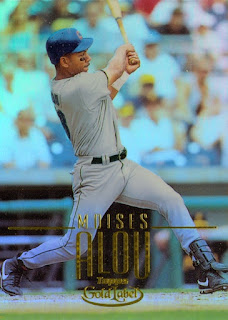 The Cubs acquired Alou before the 2002 season.  The set came out in May, so Topps did a lazy photo-shop job.  They changed the helmet, but did nothing to the uniform.  The other six Cubs are actually wearing a Cubs uniform. 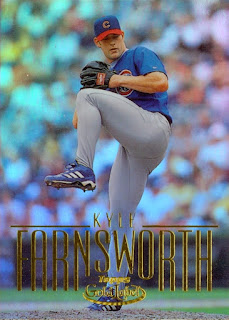 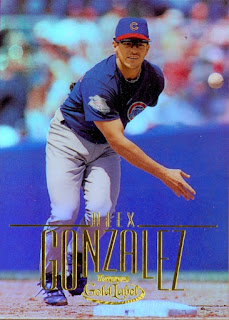 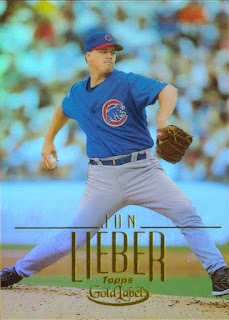 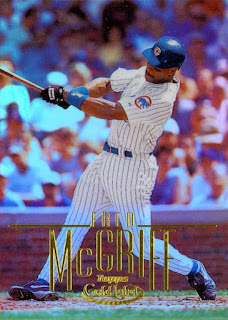 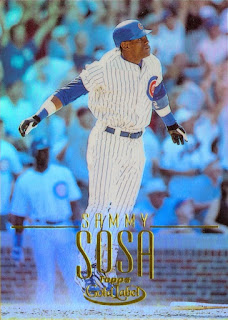 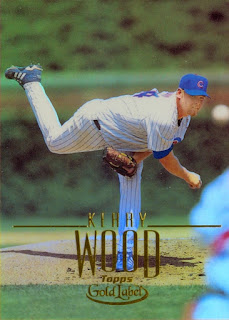