The fact that Topps limits the availability of some inserts to certain stores makes the card hunt a little more interesting.  The 2017 Update set features four insert sets that were only available at retail stores.  Cubs cards were in each of the four, so I had to do some hunting and waiting.  Most were found on Sportlots, which can get them to me at a pretty reasonable price. Ebay netted me the others.. 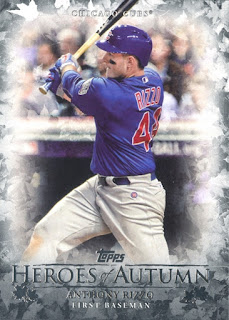 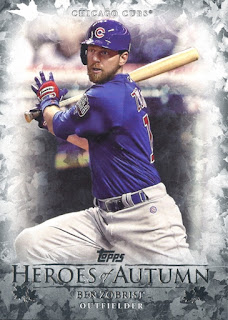 Rizzo and Zobrist were among the Heroes of Autumn.  It is awesome to finally have Cubs cards in the different post-season type sets!

Does the card have a winter look to it, instead of Autumn?  The white reminds me of snow and winter, not fall. 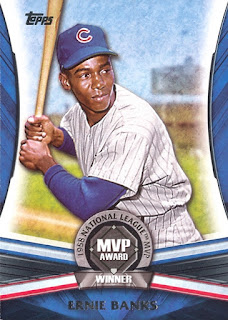 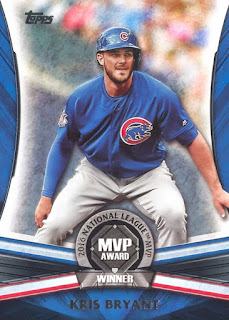 Banks and Bryant were in the MVP awards set. 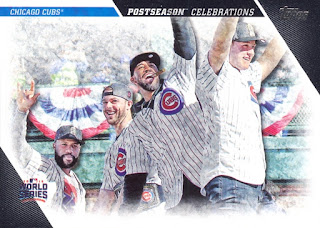 The Postseason Celebrations set has a picture from the parade, which was about a year and a week ago. 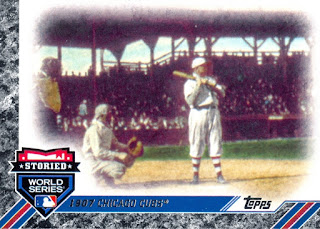 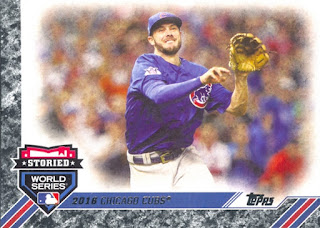 Two of the Cubs World Series appearances made the Storied World Series set.  The 1907 series was a sweep for the Cubs (with one tie, too).  It's nice to see that Topps colorized the picture.  The 2016 card shows Bryant making the throw for the final out of game 7.