Once I realized that there were Chrome updates from the past few years, I had to go back and get the Cubs.  Luckily we weren't talking about fistfulls of cards.  In fact, it was just seven cards and they were all available for reasonable prices on Sportlots 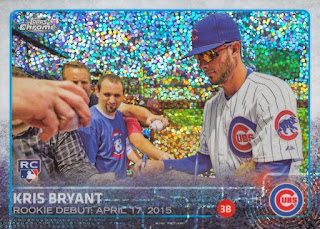 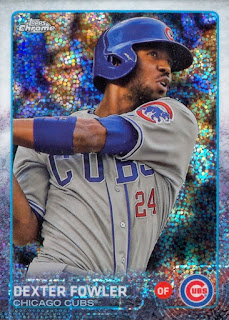 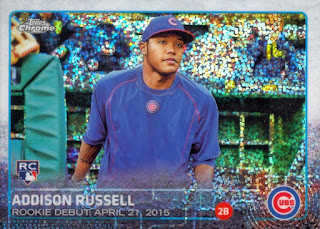 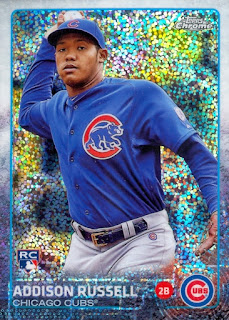 These four are from 2015.  Just like Ian Happ this year, in 2015 Chrome Update included two cards for Addison Russell. 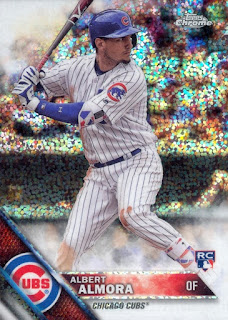 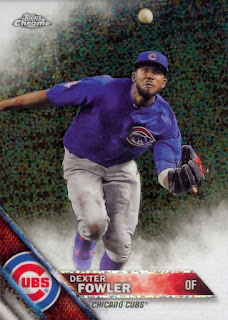 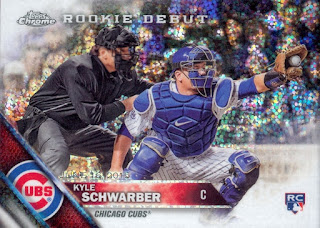 One thing you may have noticed from both years is the extra sparkle look on the cards.  It seems odd to me to change the look of Chrome cards for Update, but whatever.  Cardboard Connection refers to the look as a Bubble/Pulsar Refractor finish.