Topps' odd fascination with the 1987 set continues with Update, and that added two more Cubs to the collection. 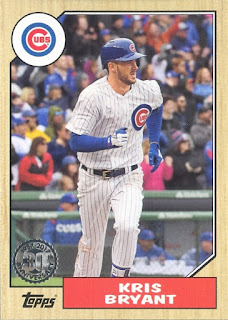 Because had two '87 cards of Kris Bryant isn't enough, the update set added another.  With this one Topps connects the 2015 NL Rookie of Year with the '87 version, Benito Santiago.  Both hold several team rookie records. 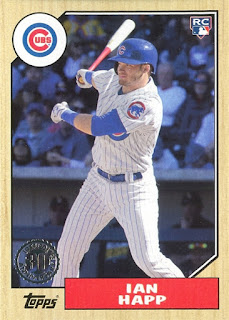 Ian Happ's card talks about him hitting a home run in his first MLB game and mentions that three players did the same thing in 1987.  Sam Horn, Danny Schaeffer, and Ken Caminiti all went deep in their debut. 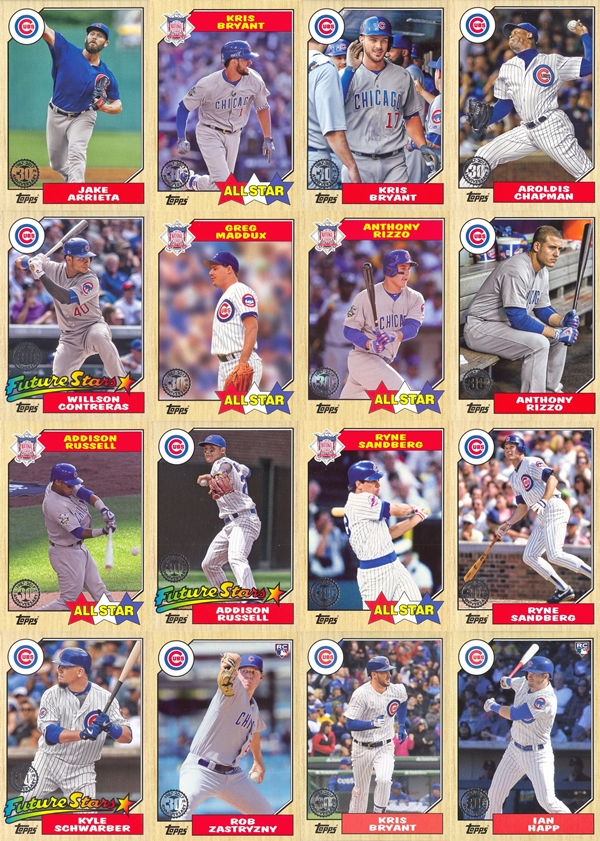