For the past few years the Cubs have issued three different pocket schedules.  The first version comes out in September, when the next year's schedule is released by MLB.  The second edition shows up at the Cubs Convention in January.  A couple months later they release the main schedule.

I've been getting all three versions for my collection, which means that I've got the early edition in hand. 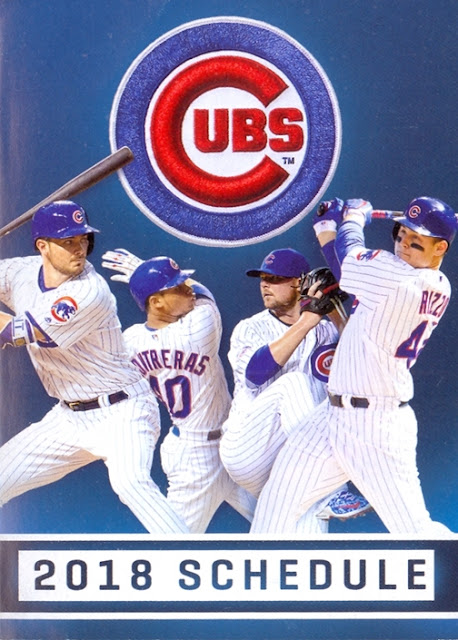 This is the most bare-bones of the three.  It has no ticket information, since the 2018 prices haven't been given yet.  The actual schedule lists times for most of the home games (though there are several TBA's), but just locations for the road games.

What I find most interesting with the early version is which players are pictured.  The four shown are all under contract with the Cubs for 2018.  You can assume that they'll be with the team on Opening Day.   Only the keepers are pictured.
Posted by Wrigley Wax at 7:00 AM