So at what point does an insert set become more like a set of its own?  Salute has 100 cards in series one, another 100 in the second series, and now 50 more in update.  That sure seems like an awful lot of cards for an insert set. 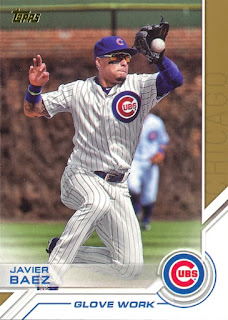 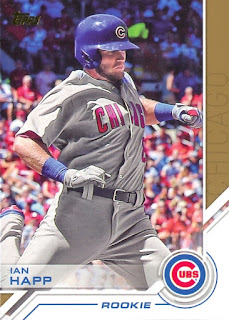 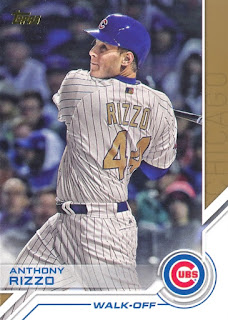 Update adds three more Cubs Salutes.  If the picture on the Happ card looks familiar, it's because you saw it Thursday 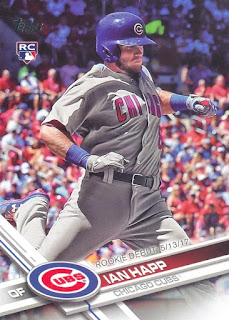 If the purpose of the first card is to highlight his rookie debut, doesn't that make the Salute card both redundant and unnecessary?
With these three, the Cubs Salute total rises to 17 cards. 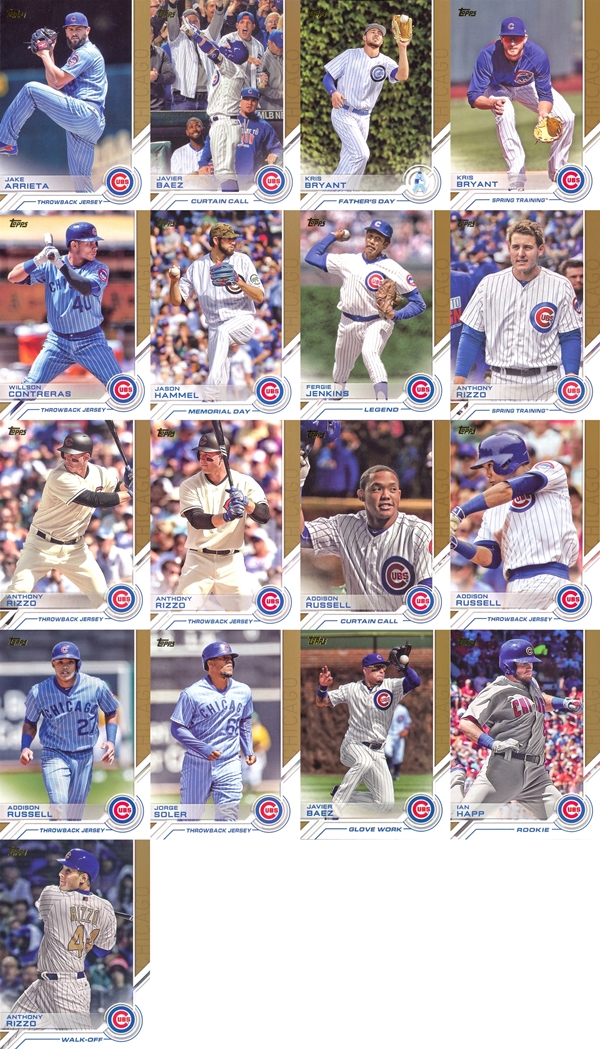