Topps has been putting out Heritage since 2001.  Its a great set and something I look forward to every year.

But the Topps version of Heritage wasn't the first.

There was Heritage back in 1992, and it was great!

The original Heritage was put out by Studio.  The concept was different than the Topps version.  With Topps, the heritage refers to the card design.  With Studio, it is the uniform. 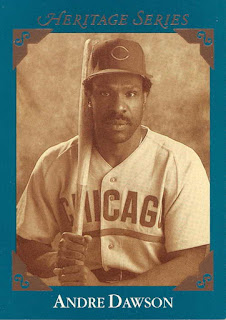 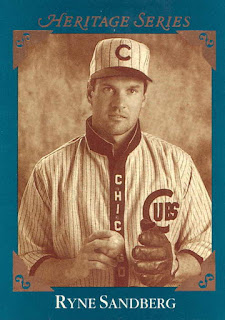 How cool are those!  Dawson is wearing a 1948 jersey while Ryno returns to 1908.  Sandberg even has an old-fashioned mitt.

The ultimate Heritage would it be if Topps combined the Studio Heritage concept with their own.  For the 2018 version of Heritage that means posing the players in 1969 jerseys.