I pulled the trigger on a National Baseball Card Day Cubs team set.  It was more than I'd usually pay, but it was cheaper than what most are going for.  I'm not sure why these sets are not very plentiful.  There were supposed to be 10,000 sets given away at the ballpark.  Did most people just toss theirs?

The Cubs set consists of 10 cards.  A couple weeks ago I showed the four I got from a single pack.  Today I'll show the entire set. 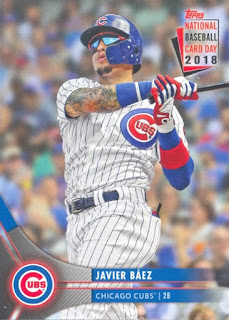 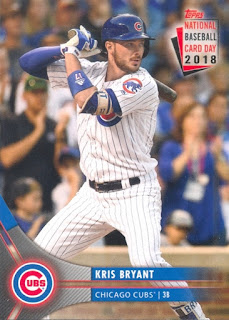 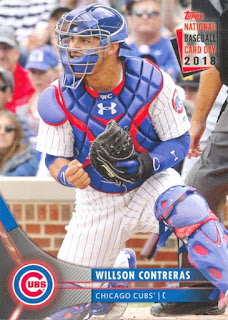 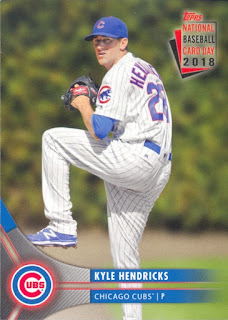 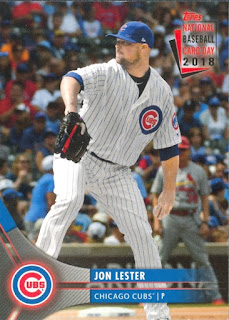 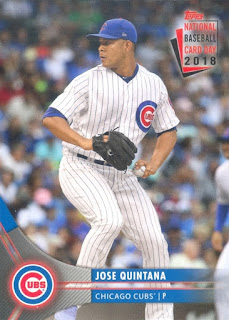 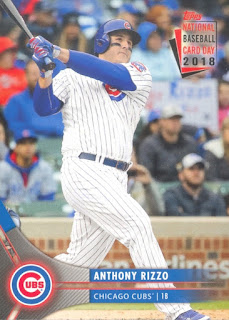 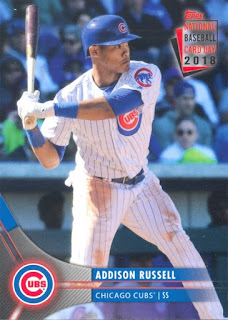 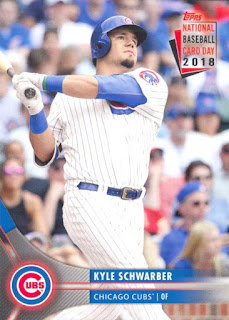 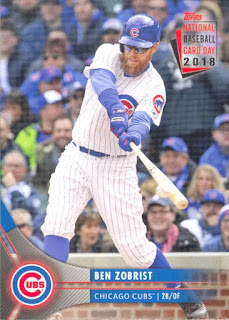 There are three pitchers and seven position players.  The only big names missing are Almora and Heyward.  Darvish was skipped too, which mirrors his season.