In  a post last week I mentioned that Long John Silvers gave away baseball cards in 1990.  I've been waiting for the three Cubs from the set to arrive.

The company that produced the cards for Long John Silver was called Starline.  They had a plan to have several different food chains use their cards.  A six player promo set was produced and the Cubs' Mark Grace was one of the six.

Starline made prototypes for Coke, Burger King, McDonalds, Dominos, 7 Eleven.  There is also a plain Starline card, making six different versions.  I found a seller with all six and I picked up the set. 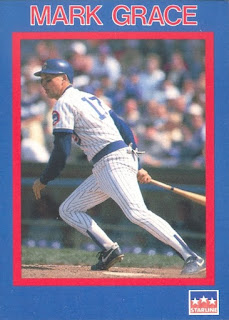 This is the base Starline card.  You see their logo in the bottom right corner. 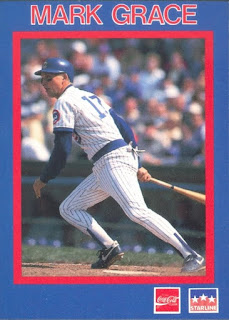 The card for Coke added the Coke logo next to Starlines. 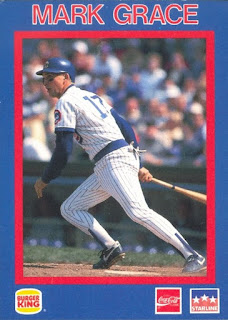 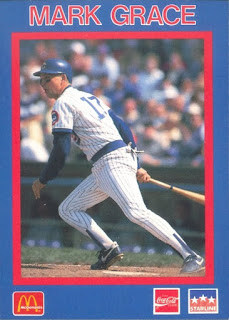 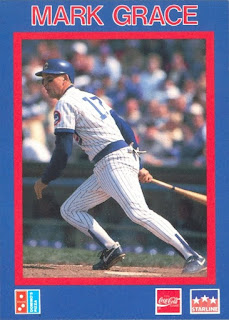 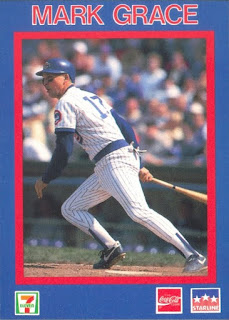 The other four versions kept the Coke logo on the right and added the chain's logo on the left.

The irony is that none of these chains ended up partnering with Starline, but Long John Silver, which didn't have a prototype, did.
Posted by Wrigley Wax at 7:00 AM