My trip to a card show a few weeks ago was a pretty big bust.  I ended up buying just one card... 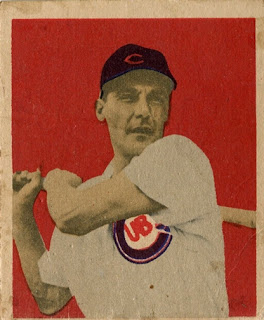 ...this 1949 Bowman of Phil Cavarretta.  There was a silver lining though.

I have only reprints of the Bowman cards from 1949 - 1952.  The Cavarretta purchase inspired me to replaced the reprints with the real deals.

The cards all came from Ebay and were all buy-it-now deals.  Auctions for the 1949 cards were pretty limited, so the BIN route was a better way to go.

Condition of the cards wasn't a major issue.  I didn't want cards that were torn and wrinkled, but I didn't need cards in mint condition either.  I settled for cards in the Good - Very Good range.

In addition to the Cavarretta card, there were thirteen other Cubs cards.  Three of the cards show players in the uniforms of other teams, but they are identified as Cubs on the back, so that makes them part of the Cubs team set. 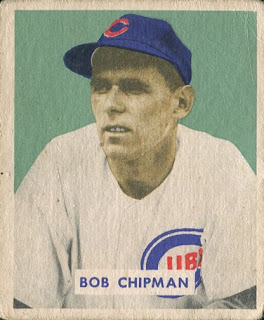 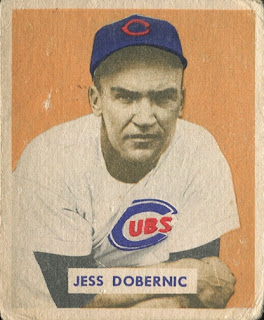 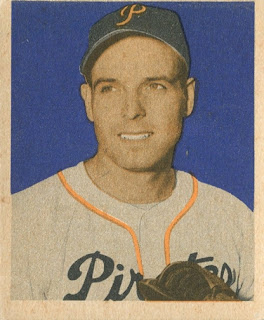 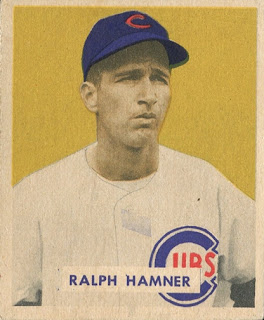 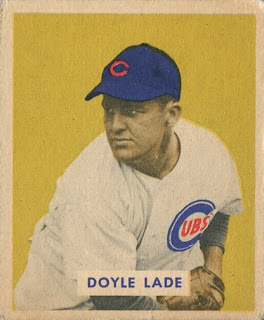 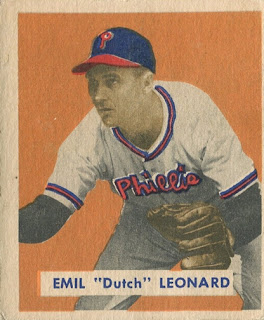 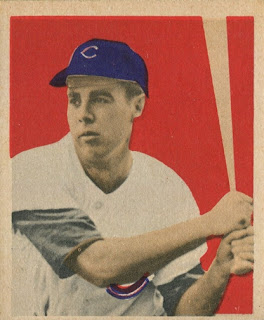 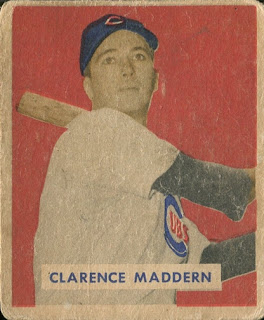 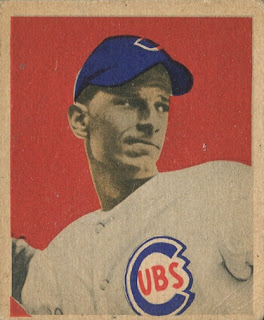 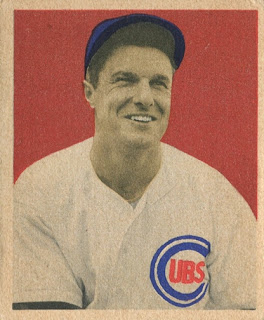 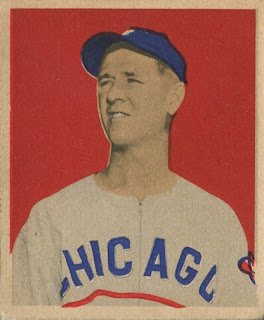 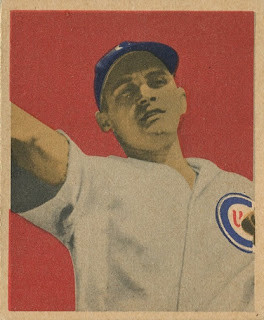 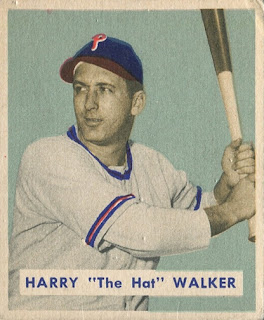