I've been slowly finding the five Cubs discs in the 1979 Wiffle set.  These discs were part of the packaging and had to be hand-cut off of the boxes.  That makes them much harder to find compared to the regular discs given out the year before. 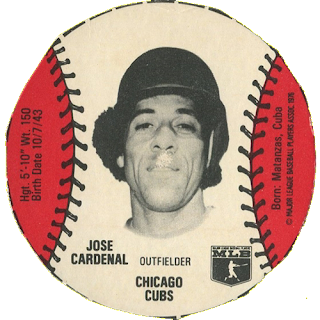 This is the third one I've been able to find.  Jose Cardenal was not even with the Cubs in 1979.  He was sold to the Phillies after the 1977 season.  MSA was often pretty quick with team changes, but not so with Jose.

I have another one of these coming, but it was stuck in Connecticut for two weeks before finally moving again. 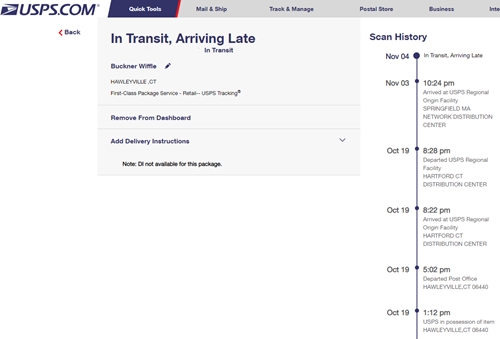 Hopefully I'll get it soon.