It's not listed in the Trading Card Database or the Standard Catalog.  All it took was a little Google sleuthing to find it, however.

The set consists of 16 letter-sized artworks.  Most are connected to the division-winning 1984 team.  There was just one listing on Ebay for a complete set.  I was the only bidder and got it for less than a buck per piece.  I thought it was a pretty good deal. 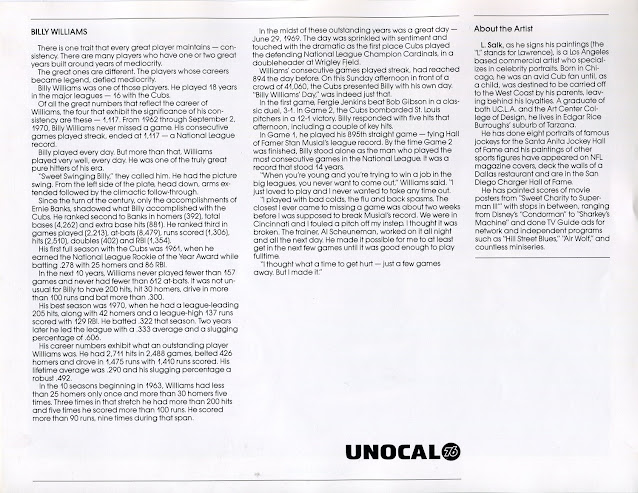 The backs of the pieces tell about the featured subject and the artist.  Four different artists created the 16 works.  Each of the artists have Chicago roots and each was commissioned to make four pieces. 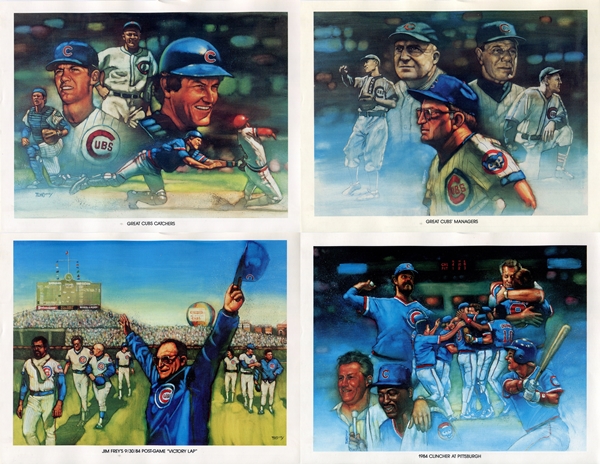 These are the creations of Todd W Donley. 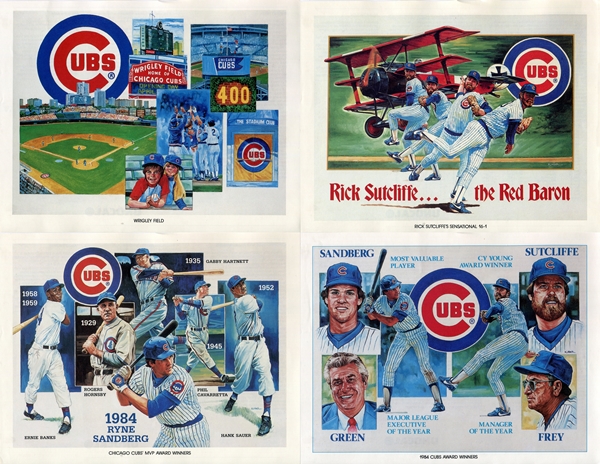 These were done by Konrad Hack.  Related to Cubs third baseman Stan Hack? 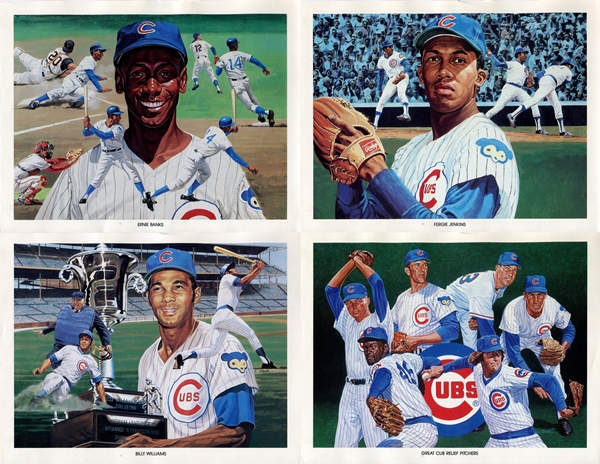 L Salk is the creator of these four.  His first name is actually Lawrence, but he signs his works with just the L. 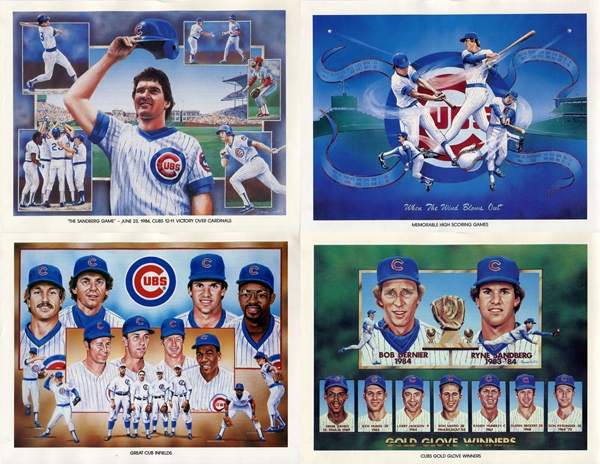 The final artist is Tom Sulek.
Posted by Wrigley Wax at 7:00 AM