There are 13 Cubs cards in the base set of Update and 11 inserts.  Its unusual lately when there are fewer inserts than base.  2020, however, has been an unusual year. 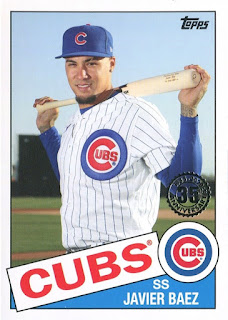 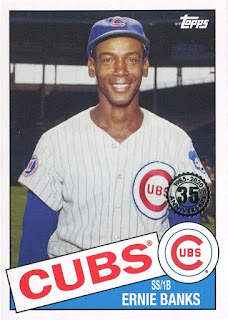 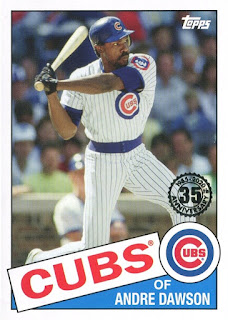 We've got three Cubs in the 1985 set.  The picture on the Banks card was used by Jewel Foods on the pictures they gave away in 1969. 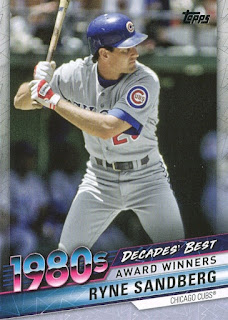 Ryno was included in Decades Best again, this time as an Award Winner.  The card talks about his 1984 MVP awards, but he also won a Gold Glove for seven straight years in the 1980's. 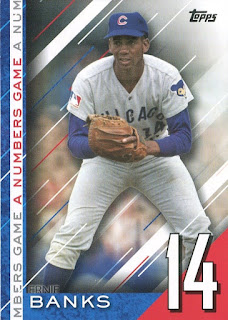 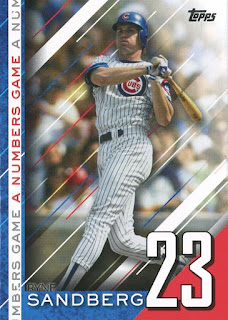 Banks and Sandberg are two of the seven players that have had their number retired by the Cubs. 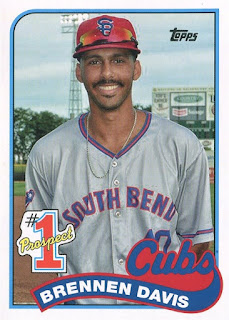 Davis was with the South Bend Cubs last year and spent this summer at South Bend again as part of the Alternate Site squad. 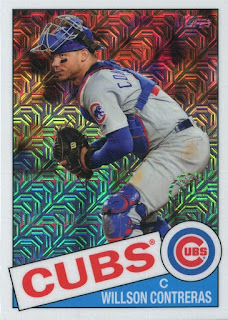 Willson Contreras is the lone Cub in the Silver Pack 1985 Chrome set.
If you are counting, that's only eight cards.  The other three are the Turkey Red cards which I showed earlier.
Posted by Wrigley Wax at 7:00 AM