I've got 18,578 Cubs cards from 259 different brands listed on a spreadsheet. A random number generator picked five cards, one each from the past several decades. 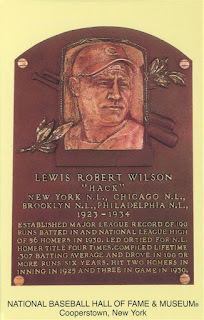 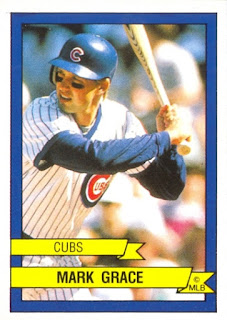 1980s: 1989 Panini #55 Mark Grace  Looks like Panini didn't work very hard on their designs, but at least they had a license to show the logos 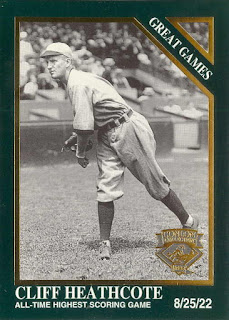 1990s: 1995 Conlon #1409 Cliff Heathcote  What I think of when I hear this name is Bill Cosby's character from the Cosby Show, Heathcliff Huxtable.  It used to bring a little smile to my face.  Now it just gives me the creeps. 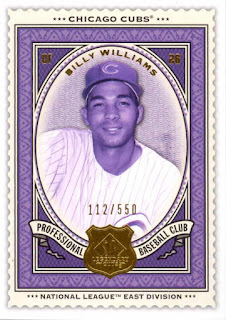 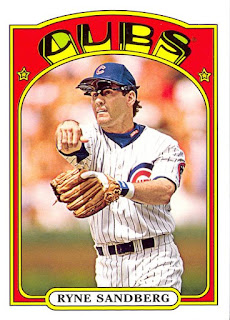