Topps tried something new with Finest in 1996.  The set has 359 cards in two series, which are divided into three groups based on the scarcity of the cards.  The common cards were called Bronze, the not-as-commons were Silver, and the rare cards were Gold.  It sounds like a set collectors nightmare.  The cards were also divided into different themes...Phenoms, Intimidators, Gamers and Sterling in series one and Franchise, Additions, Prodigies, and Sterling in series two. The cards also were numbered twice, once for the overall set and a second theme number.

It wasn't easy for team collectors like me, either.  The silver and golds were a bit pricier and took more hunting.  There were 11 Cubs cards in the set, but they represented just six players.  Grace, Sandberg, and Sosa all had multiple cards in the set.

I'll start with the common cards, the Bronze.  There are just five bronze Cubs (which also means  that a little more than half the Cubs are the less common or rare cards...boo!) 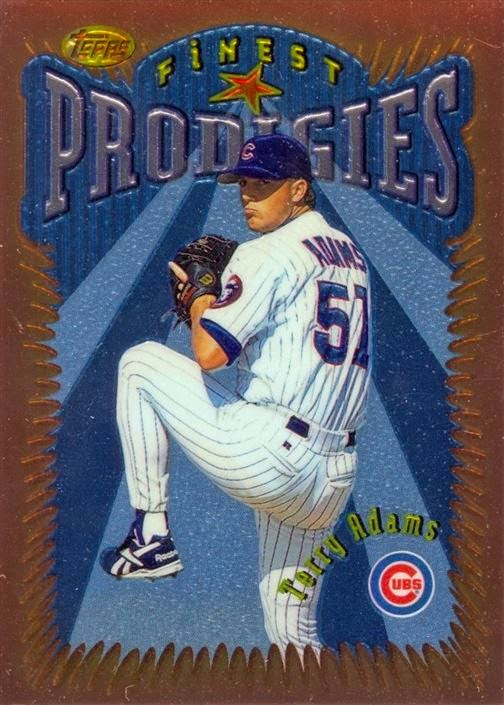 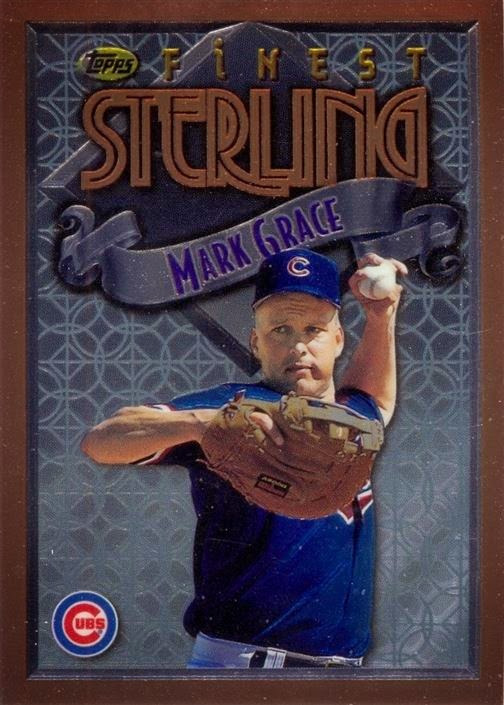 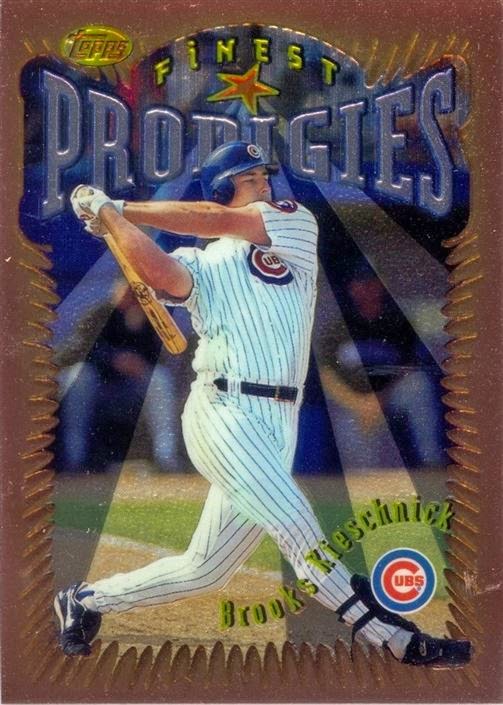 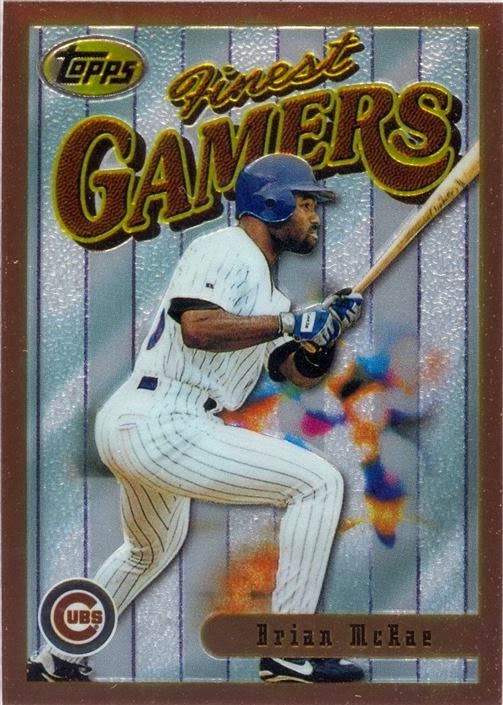 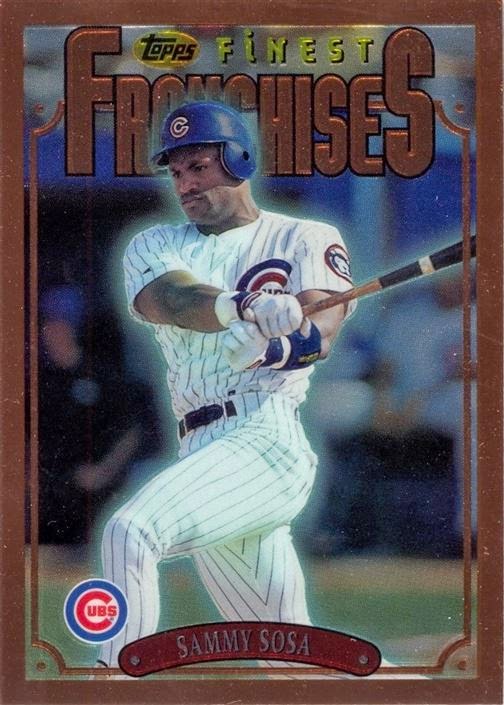 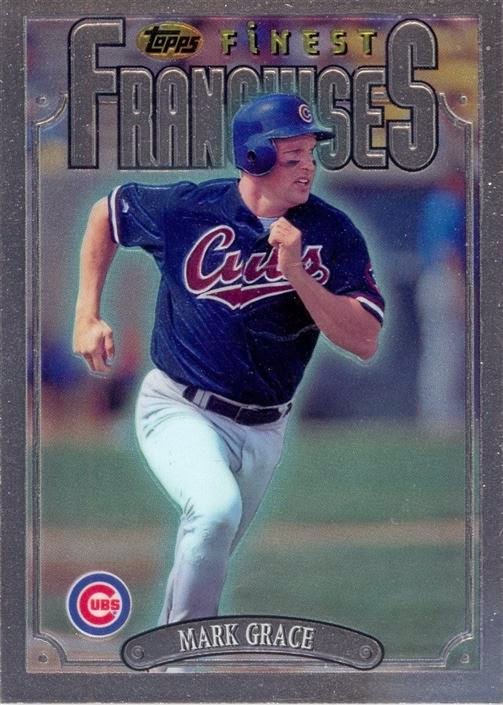 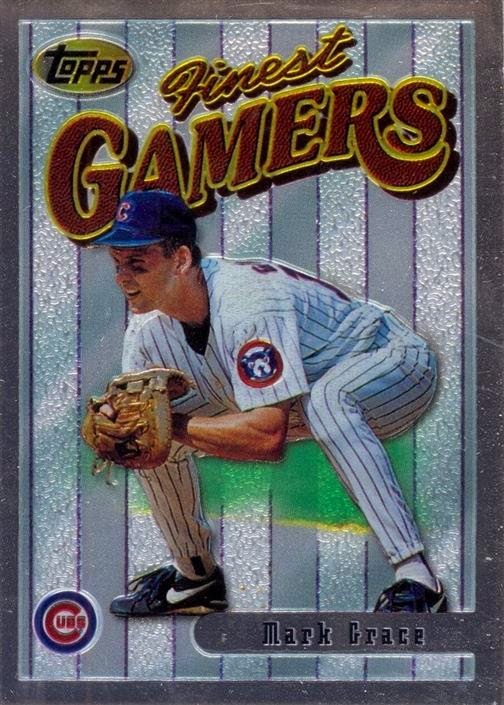 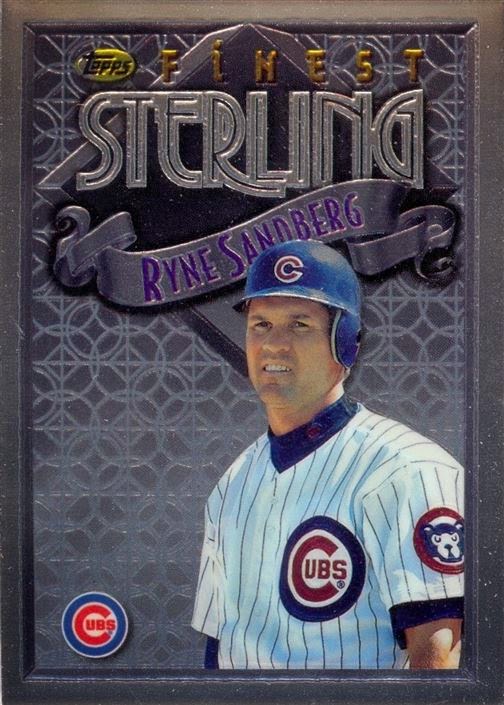 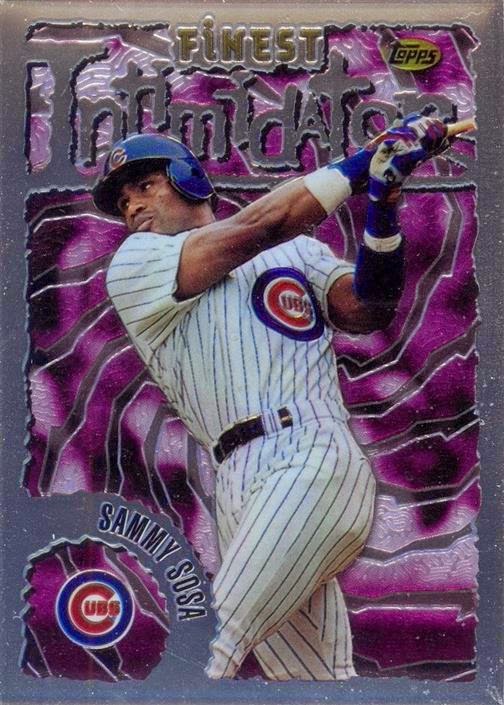 ...all big names...Sandberg, Grace, and Sosa 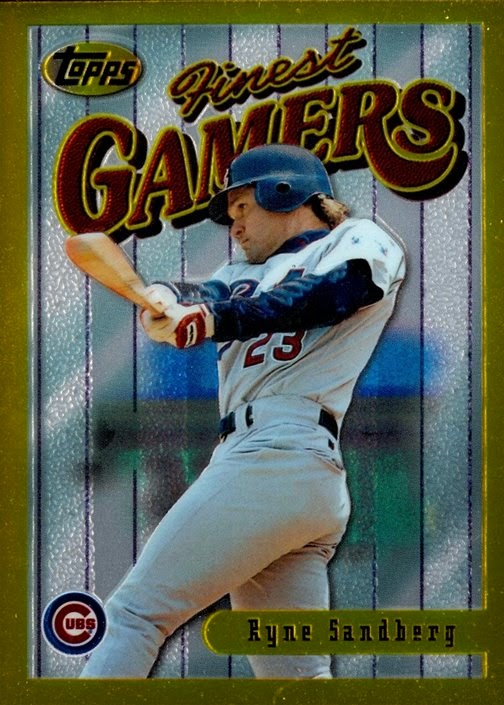 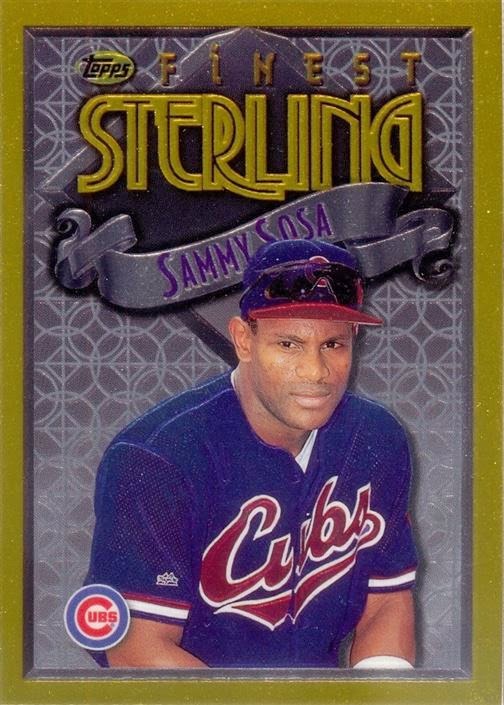 The final player tally shows that Grace and Sosa ended up with three cards while Sandberg got two cards.
Posted by Wrigley Wax at 7:00 AM