I've got a retired friend that enjoys going to garage and estate sales.  He and his wife enjoy finding unusual knick knacks for their home.  He knows that I'm a huge Cubs fan, so he will keep an eye out for any Cub-related items.  They're not very plentiful in our neck of the woods, but he'll come up with something for me from time to time.

Recently he snagged me a real treasure... 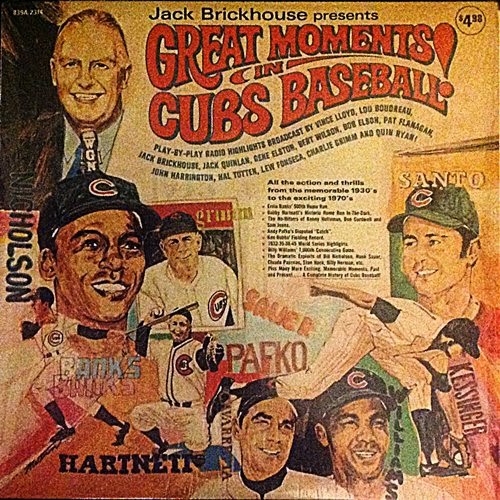 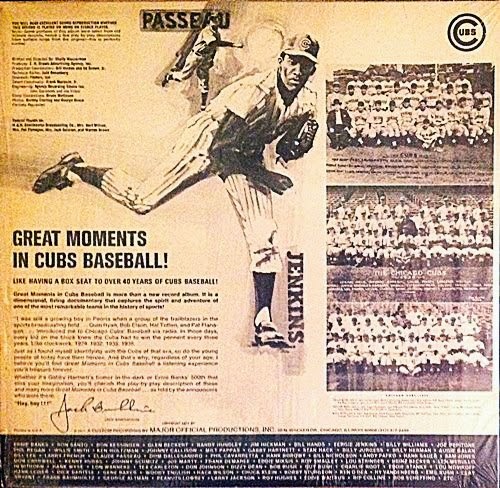 ....a record album from 1971 titled "Great Moments in Cubs Baseball."   My Tiger-fan friend said he was surprised that there was an entire album filled with great Cubs moments; he thought there were barely enough moments to fill up a 45 (and those of you that don't know what a 45 record is, ask your parents!).  Nice friend, huh??

Narrated by Cubs broadcaster Jack Brickhouse, the album has nearly 45 minutes worth of highlights.  Some of the recordings go back to radio's early days.  A good chunk of side two is dedicated to the 1969 and 1970 seasons.  The Cubs blew the pennant both years, so I'm not sure I'd consider them "great" moments.

I don't even have a record player at home any more, so I had to use one we have at school.  The record player has a headphone jack, so I was able to connect the phonograph to my laptop, and using a free program called Audacity, I made a digital copy of the album.

The digital copy still has the scratches and popping you'd hear playing the record, but that just adds a little retro feel.  Once I had it digitized, I was able to burn a CD.  I also have it on my iPad.  Now I can listen to the album anywhere I'd like! 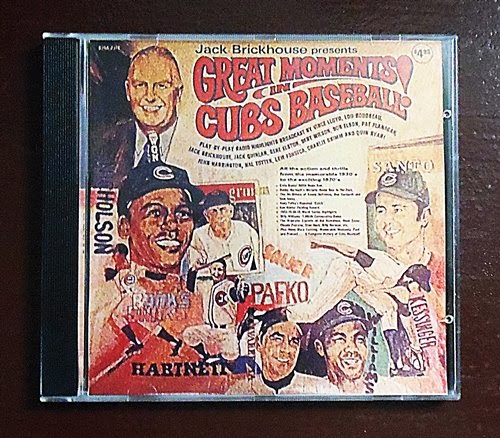 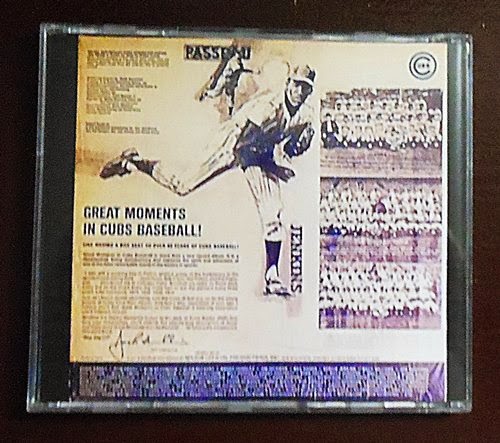 I even went ahead and made a CD label and case using the album artwork.

I burned a few extra copies of the CD, though without the expressed written consent of the Chicago National League Ballclub.

If you're nice to me and  promise not to laugh at the content, maybe I'll send you a copy.  Email me.  UPDATE: I have no more CDs to send, but you can access the MP3s and make your own CD....link HERE