During July I had a series of posts showing my Cubs schedule collection, which runs from 1961 - 2014.  One thing I mentioned was the long-time sponsorship by Old Style Beer.  They had a sponsorship run from 1968 - 1999 on the official team schedule.  From 2000 on, the only beer on the schedules is Budweiser.

But that didn't mean that Old Style was shut out.  Instead of being a part of the official schedule, for the next ten years they issued their own Cubs schedules.  They were only four or six panels, but they had the information you were really looking for on a schedule....the games. 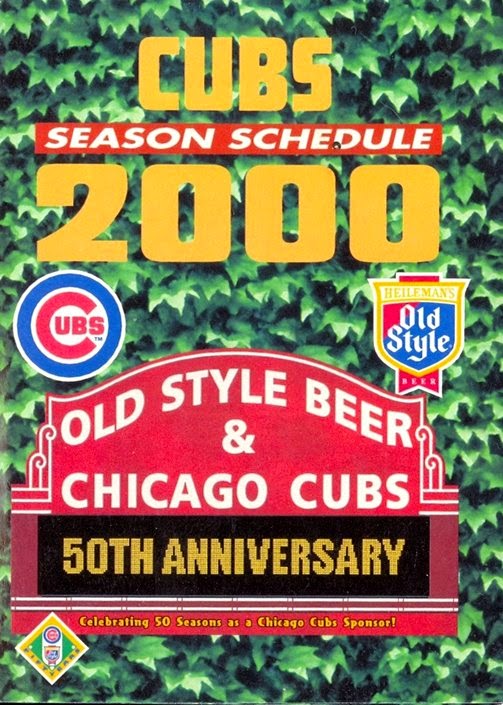 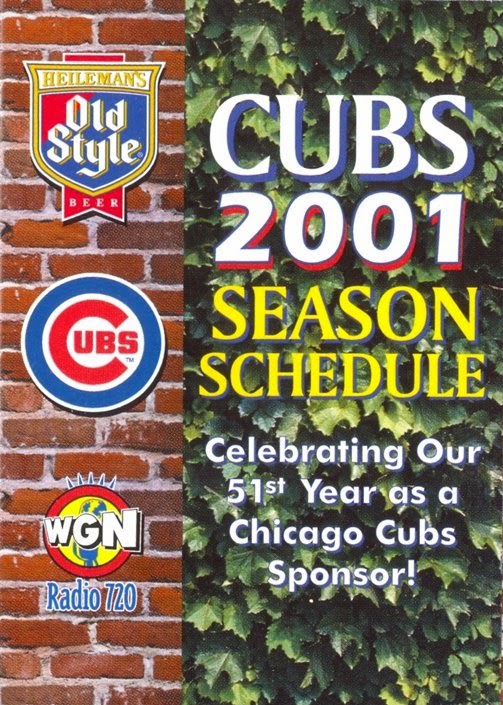 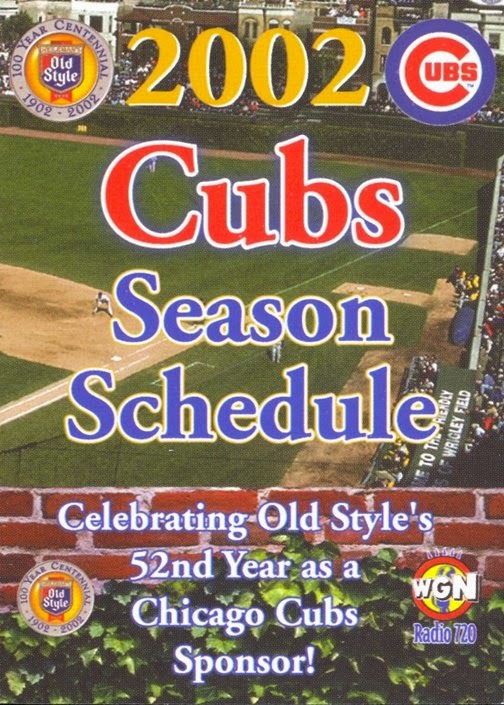 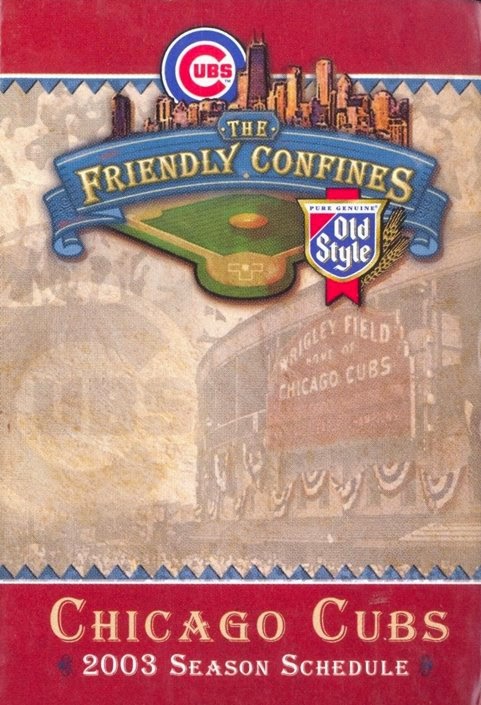 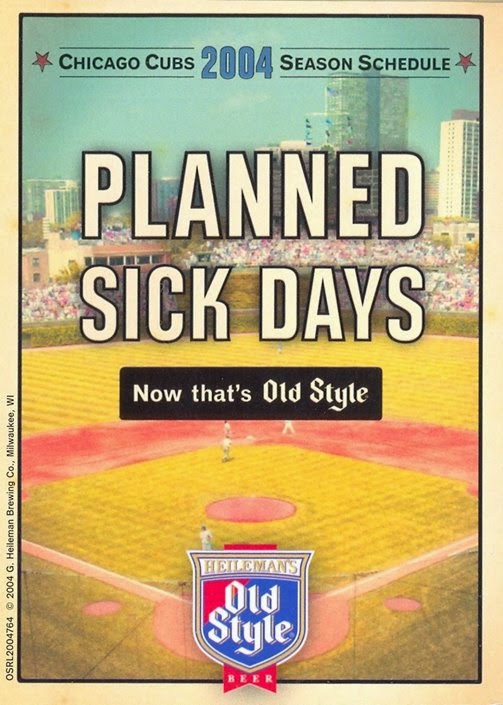 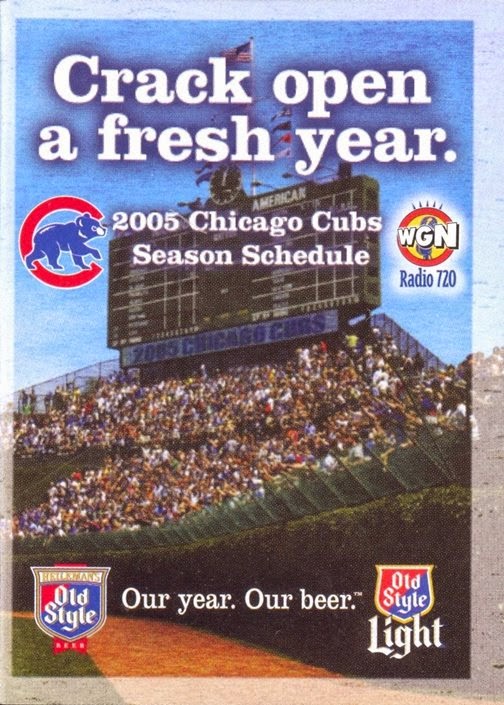 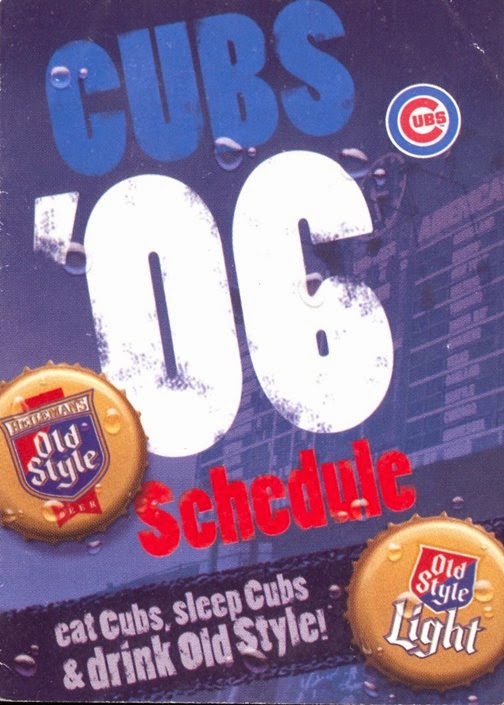 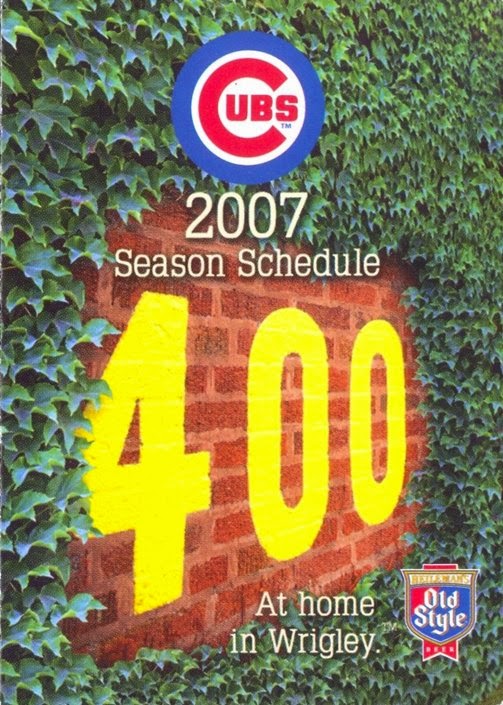 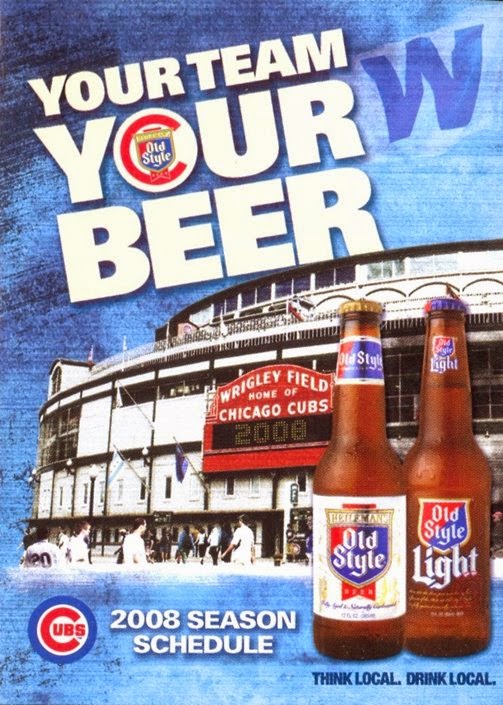 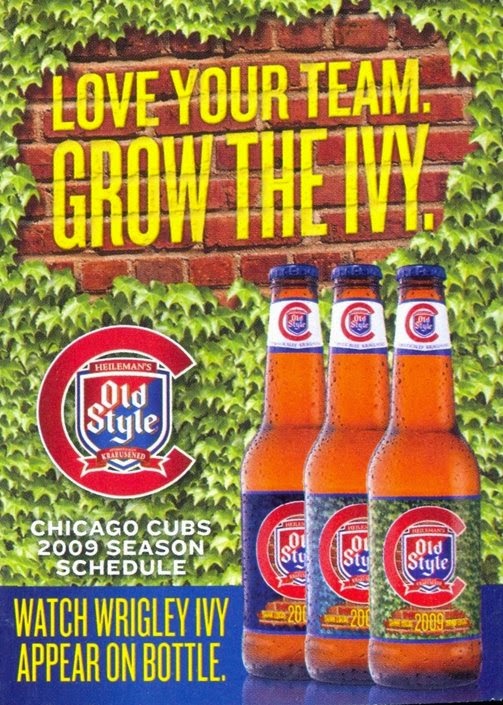 The first few tout their long-time association with the Cubs.  I wonder if that was a dig and the new kids on the Cubs block, Budweiser?  They all had some Wrigley Field connection, several with ivy.  There isn't a player on any of them.  Its just the ballpark and some beer.

The Old Style run ended at the same time the Ricketts family took over the team.  I wonder if the new regime had something to do with that?