In 1997 Finest went with the same gimmicks as the previous year.  There were three levels of card availability...bronze, the commons; silver, not as common; and gold, the SPs.  The cards were also split into various subsets...Warriors, Blue Chips, Power, Hurlers, Masters, Competitors, and Acquisitions.  Because of all of this nonsense, the cards again had two numbers, one for the complete set and one for the subset.

There were 13 Cubs cards in the set, but that included just nine players.  As in 1996, Grace, Sandberg, and Sosa had multiple cards.

I'll start with the common Bronze cards, of which the Cubs were included on seven: 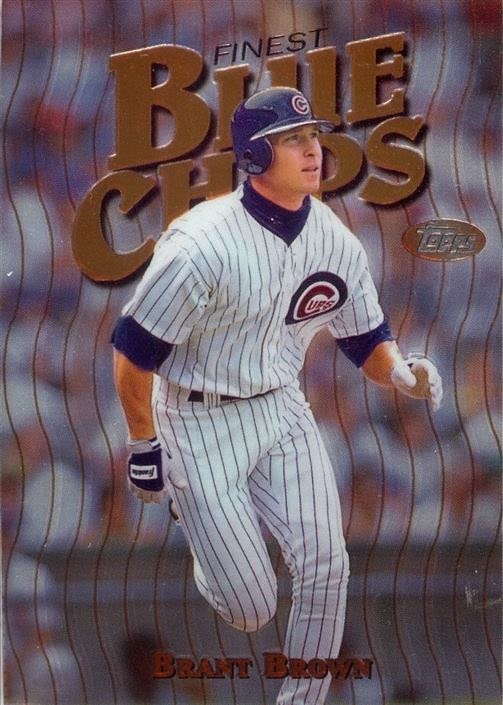 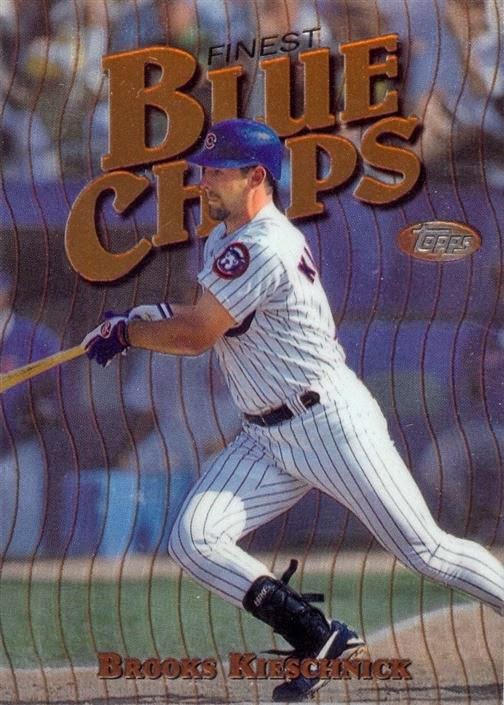 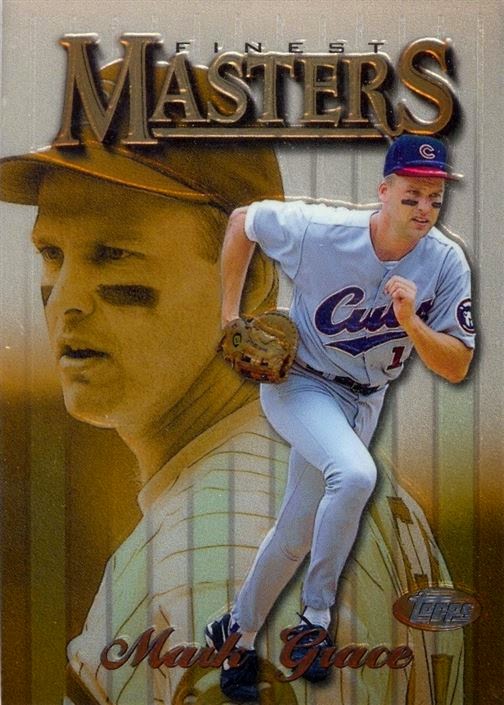 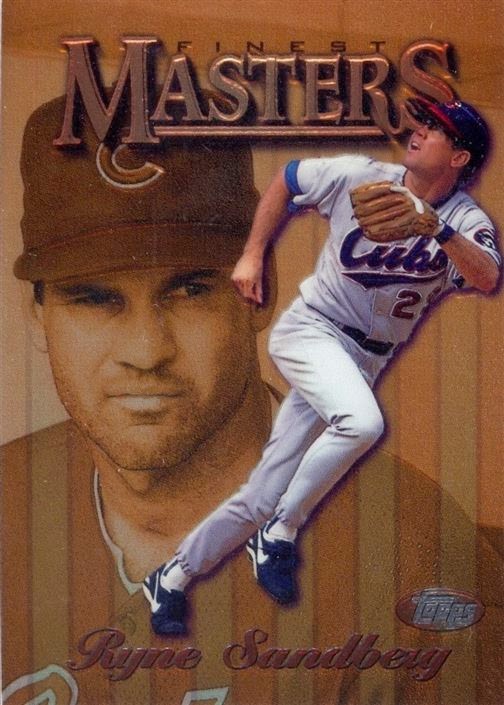 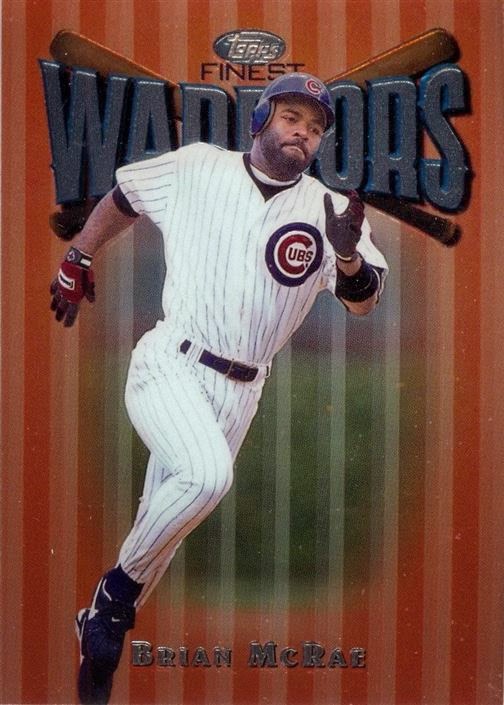 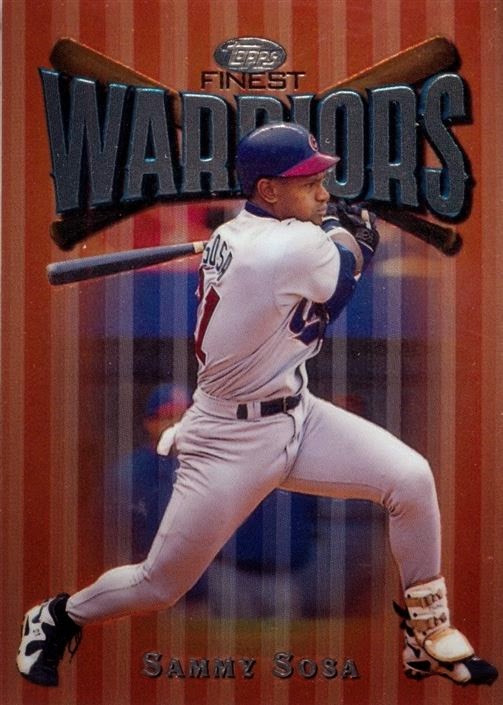 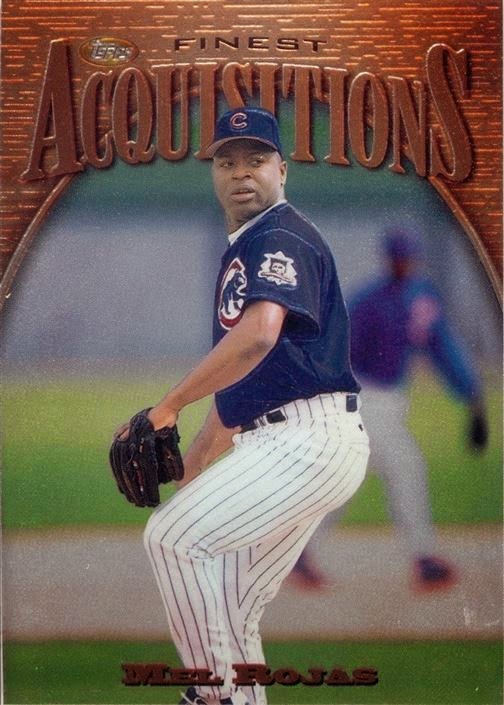 The Cubs had five silver cards... 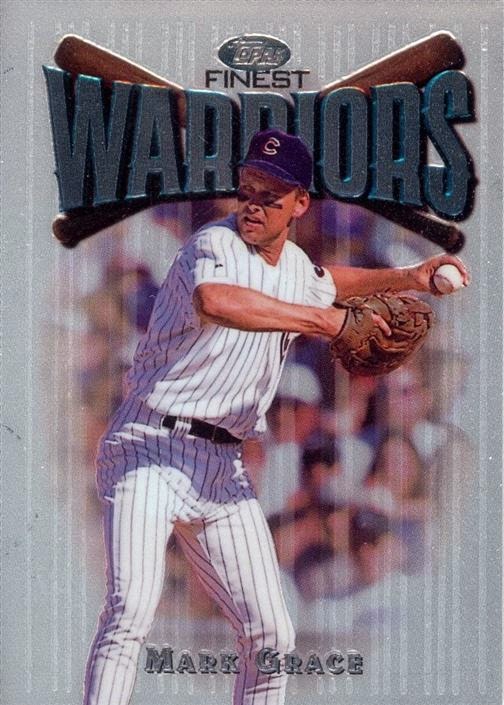 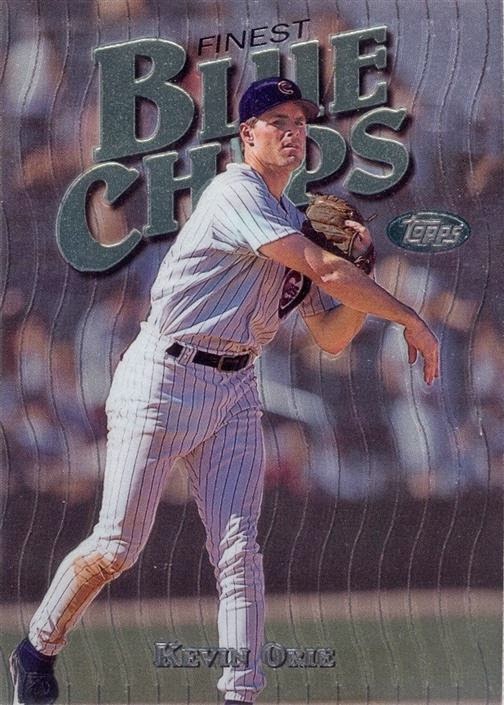 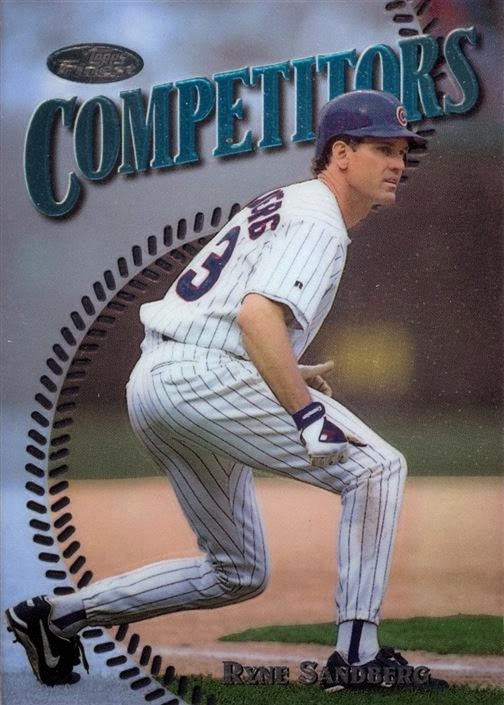 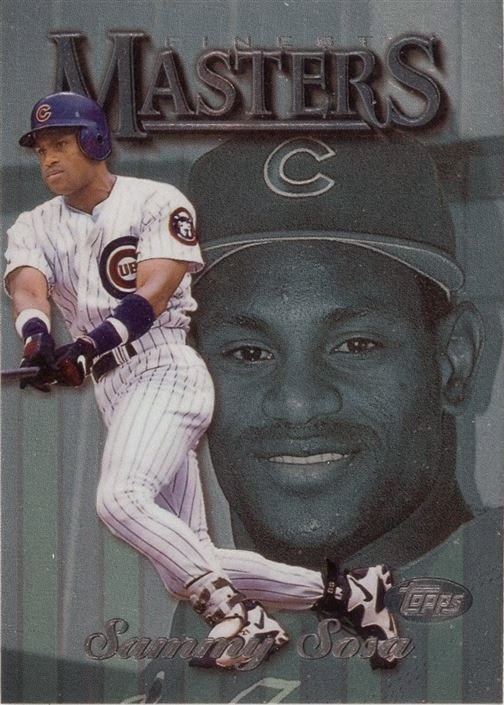 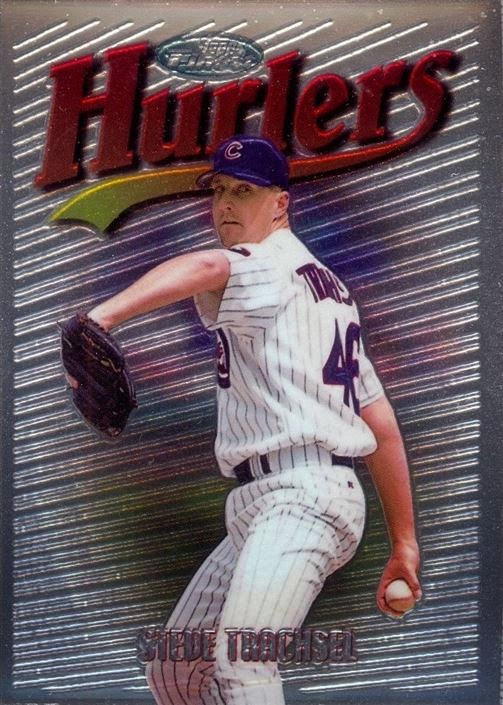 Finally, just one Gold card included a Cub, which was nice for the wallet. 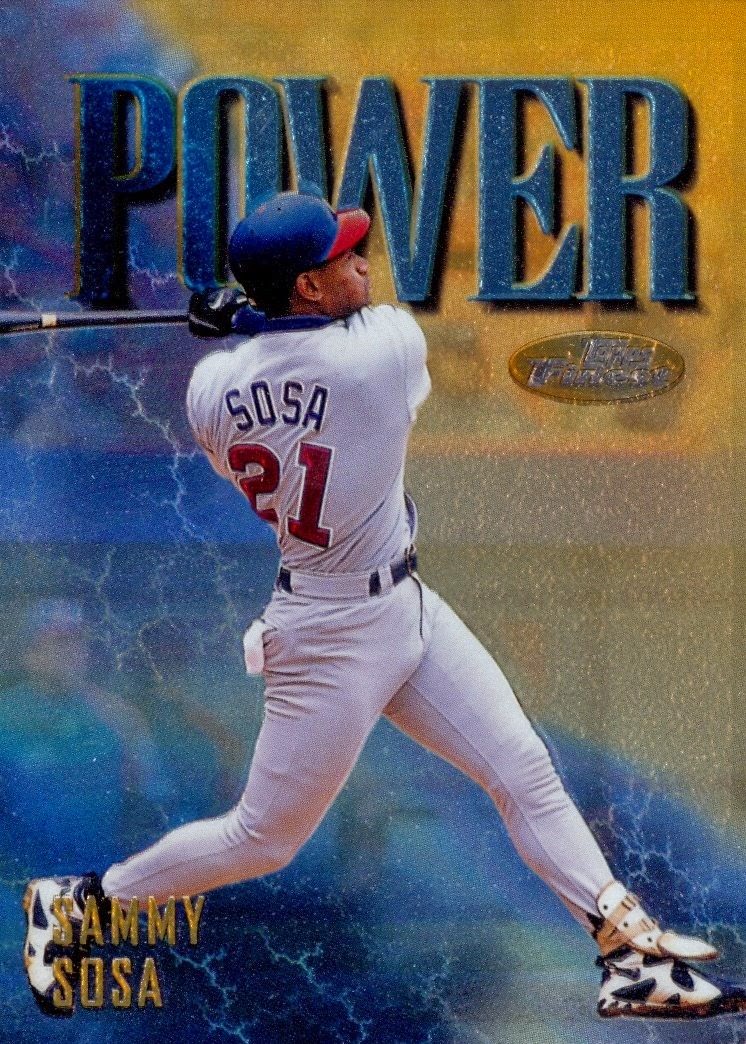 All of these cards originally had the protective covering on them, which I have removed.
Posted by Wrigley Wax at 7:00 AM