Odds and Ends With the Scorecards

Now that I've got my scorecard collection finished, I found a few interesting odds and ends to share.

The 2000 card was the last one with a price on the cover.  From that point on, I believe the scorecard was part of an official program, which today has a price of $2. 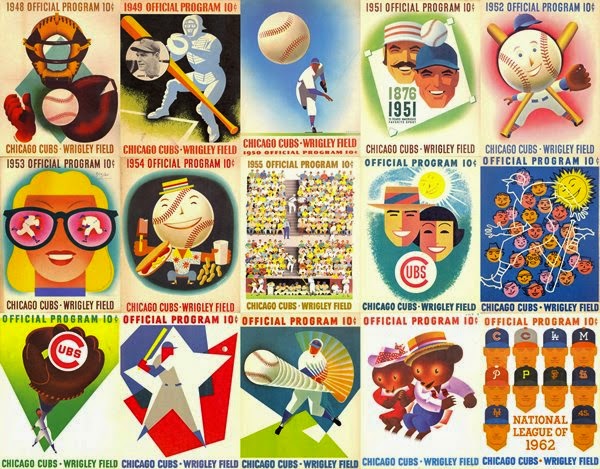 The artwork of Otis Shepard first appeared on the 1947 program, and when the scorecard format was adopted in 1948 he kept working on the front.  His work continued on the cover of the scorecard though 1962. 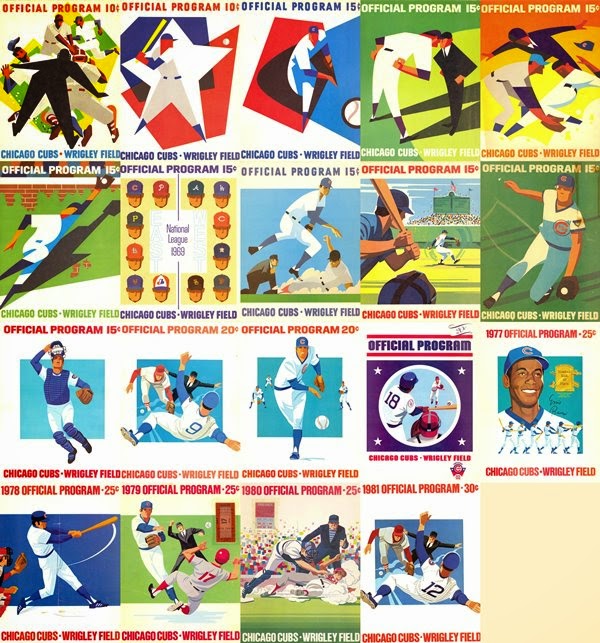 After 1962 they did have the look of a Shepard, though he wasn't the artist, and that continued though the 1981 season, the final one under Wrigley ownership. 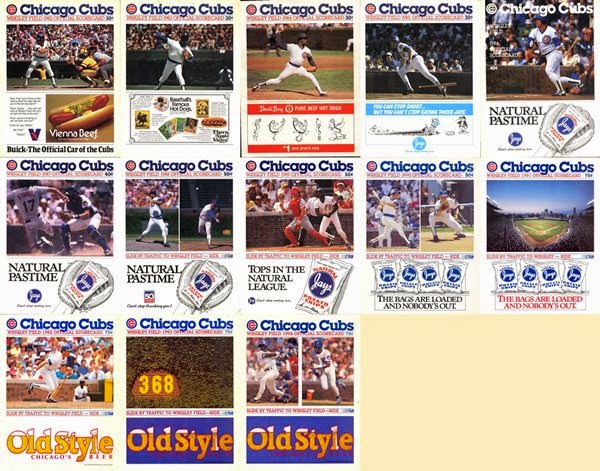 Once Tribune Company took over, the look of the cover changed drastically.  The bottom half had an ad on it while the top was usually an action shot of a Cubs player or two.  This basic style was used through 1994. 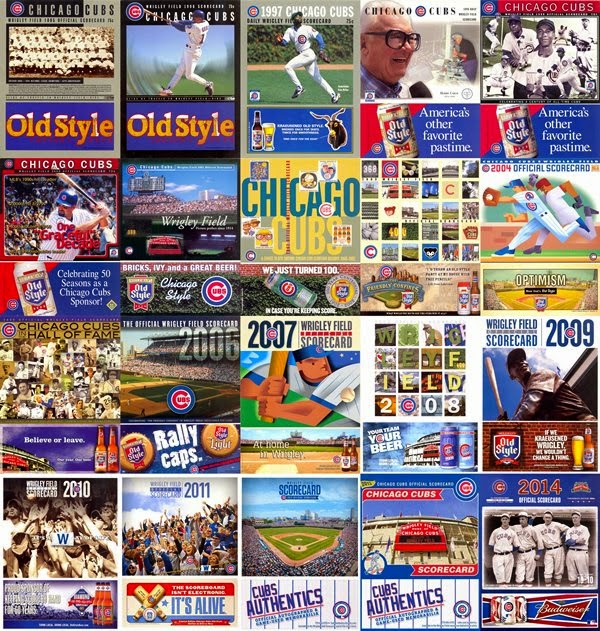 Starting in 1995, the covers started getting a little more design attention, though they generally still had a player and an ad.  The same template is still being used in 2014.

Backs
While the front changed every year, the back of the card didn't. 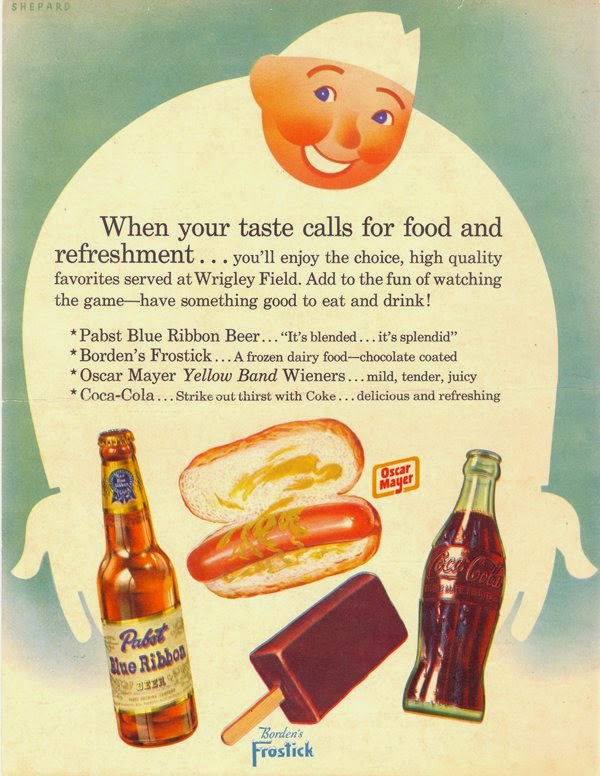 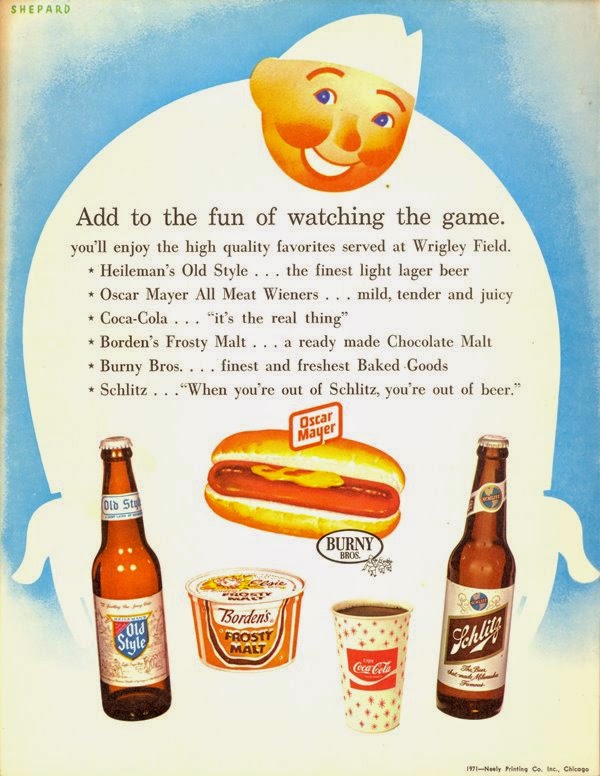 These are the backs of the 1948 and 1971 cards.  Its the same Shepard artwork; just the products have changed.  Imagine that--the same basic back for 24 years. 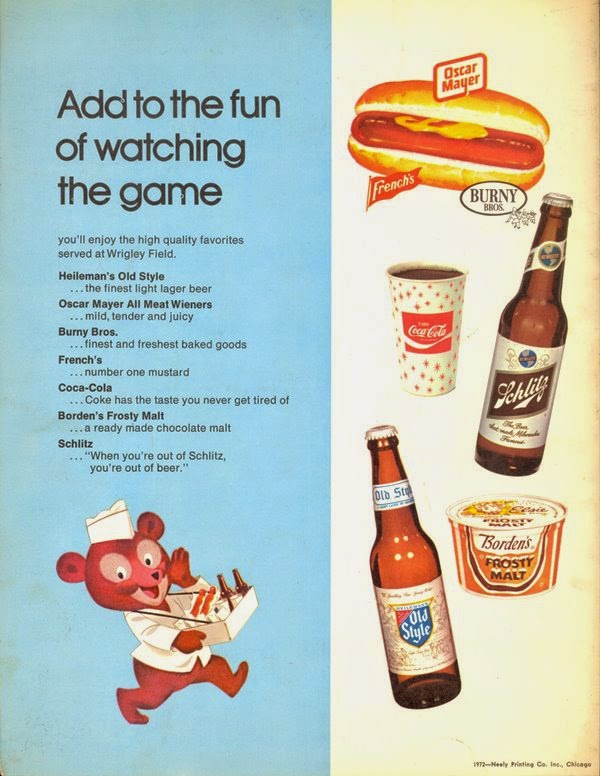 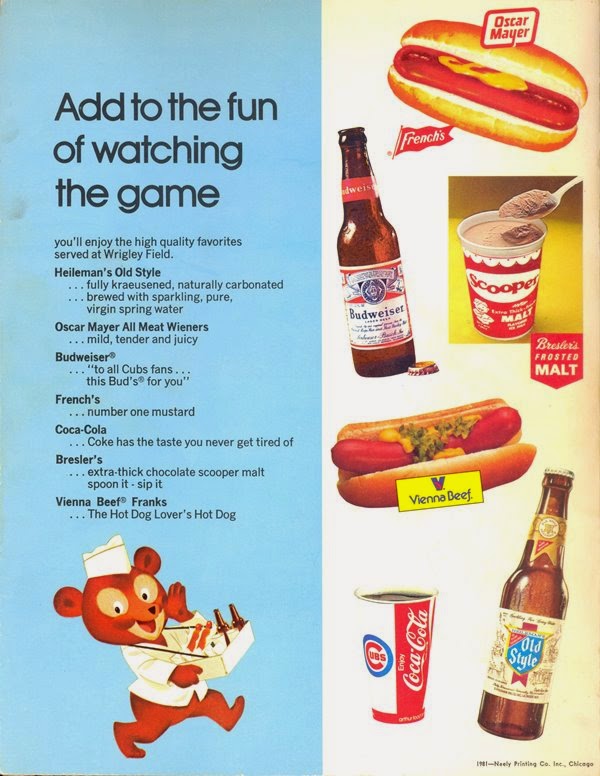 The back was updated in 1972 and that same back design was used through 1981.  Change was not something the Cubs were too interested in.

Since then, there have been other consistencies with the back.  Budweiser had an ad on the back from 1983 - 1996 and a couple were used for many years in a row. 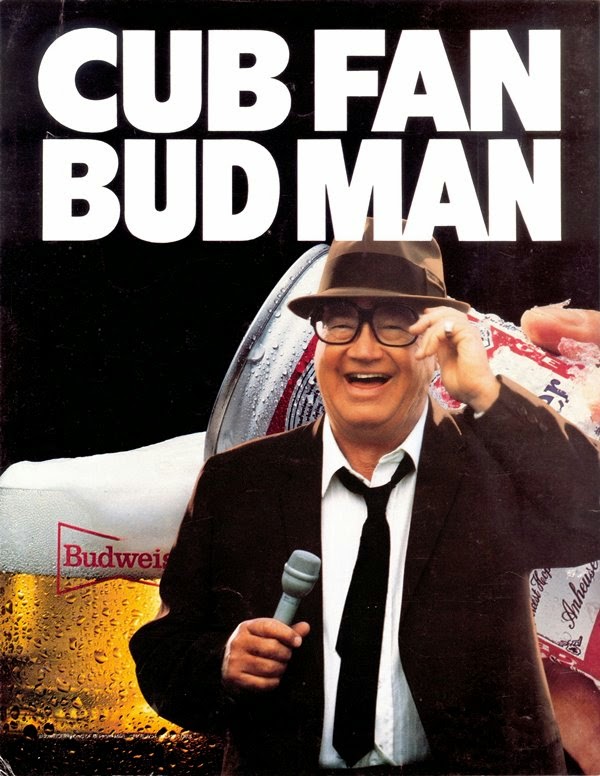 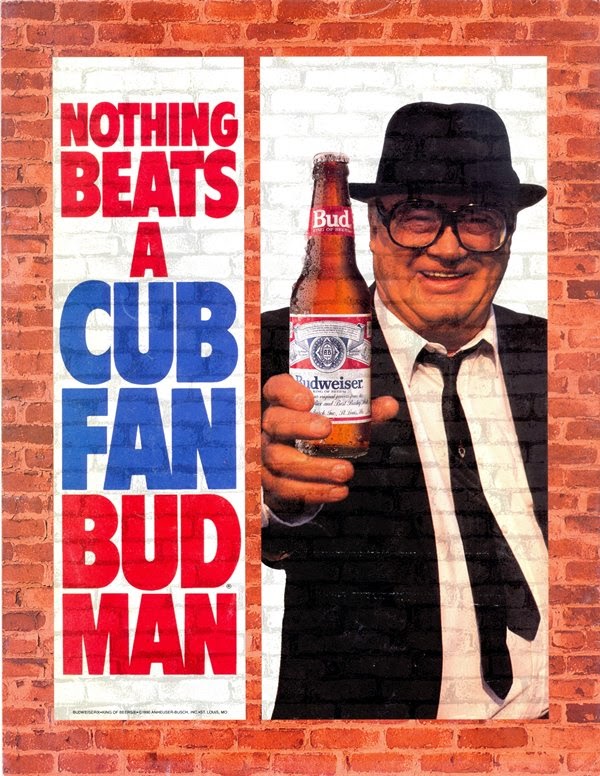 Since 1997, there were four sponsors on the back, PrimeCo, FoxSportsNet, Office Depot, and Comcast Sportsnet. 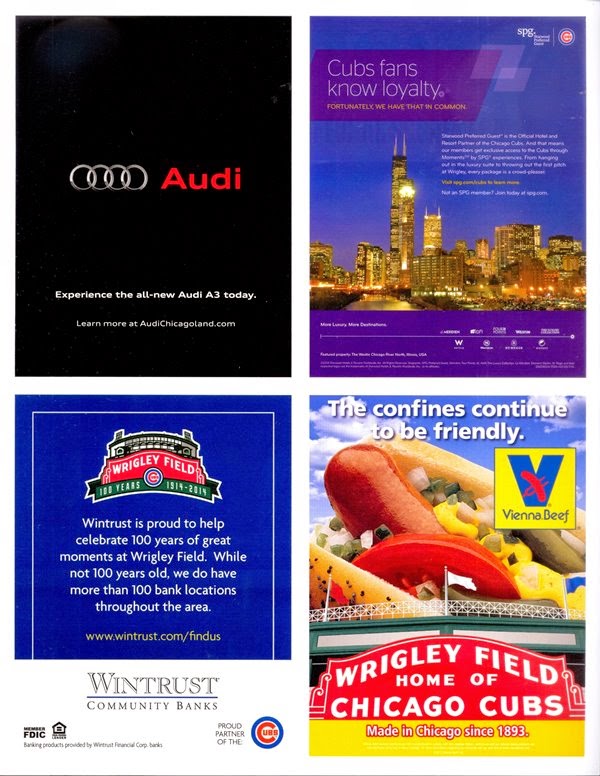 A big change happened this year, as the back was split among four sponsors.  My guess for the reason--with attendance down, they couldn't get one sponsor that wanted to fork over the cost of the entire back.

That about wraps things up with the scorecard collection.  From this point on, it will just be a matter of adding the newest one to the binder.