Back in the spring Panini released a set under the Donruss name, a name not seen since 2005.  It was successful enough that they decided to put out a second series.  There were 155 additional cards issued: 30 Diamond Kings, 25 rookies, and 100 base cards. 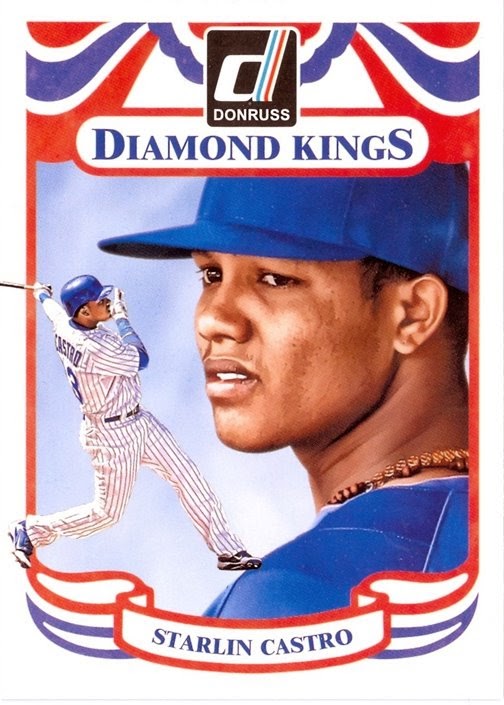 Starlin Castro was the Cubs Diamond King this time around.   With Rizzo being the series one DK, there wasn't much of an option other than Castro. 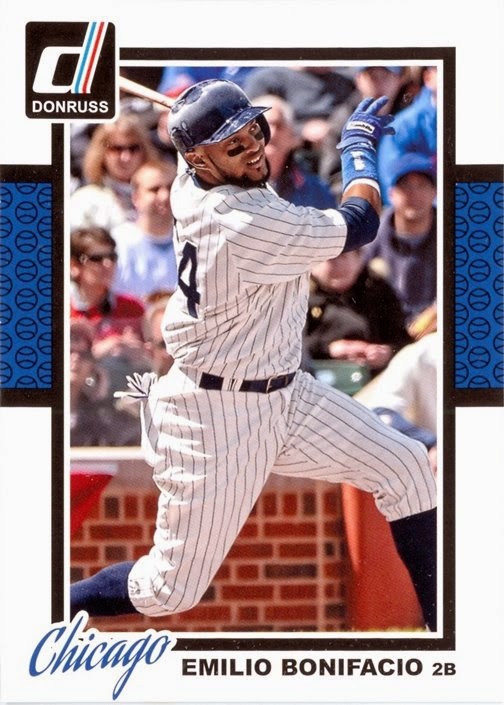 This card of Emilio Bonifacio is the only Cub from the 100 additional base cards.....see rant from yesterday.  The picture is from April 23, 2014  That was Wrigley Field's 100th birthday and the Cubs wore Chi-fed uniforms that day.  It was quite a break for licenseless Panini.

The Chi-fed uniform had nothing on it but a logo on the front.  The hats (and helmets) and sleeves were logoless.  It was a Panini dream.  Look again and you may have a Panini baseball first--a card that didn't require any logo hiding.
Posted by Wrigley Wax at 7:00 AM