Now I'm Definitely Going to Have to Wait

Javy Baez joined the Cubs on Tuesday and hit a game winning home run in the 12th inning...to go along with three strike outs, a ground out, and a wicked line out to right field.

It was quite a debut and reminds me of Starlin Castro's first MLB game in 2010, when he hit a 3 run homer in his first at bat and drove in five runs on the night.  The hot start drove the price of his cards up pretty high.  That was one of the reasons I gravitated towards collecting Darwin Barney....I knew that I could always afford Darwin's cards.

Baez's home run will only drive the price of his cards even higher.  Now I am definitely going to have to wait on an autograph or relic card from him.

But that doesn't mean that I'm completely shut out of the Baez market.

I've already got seven of his cards from a couple products released the past few years... 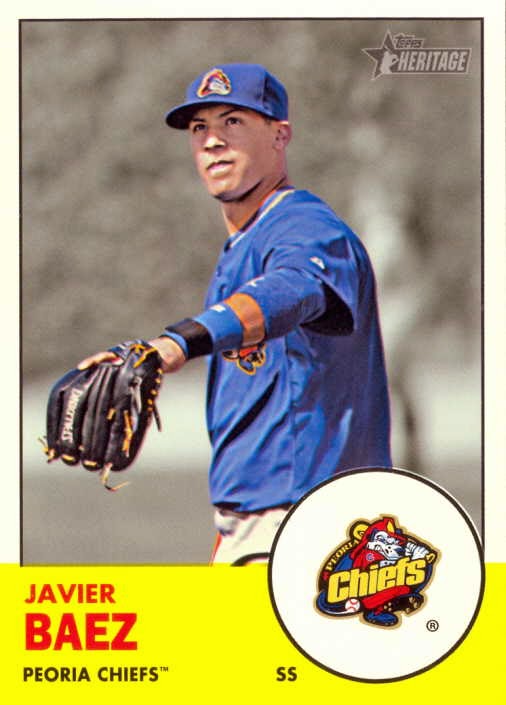 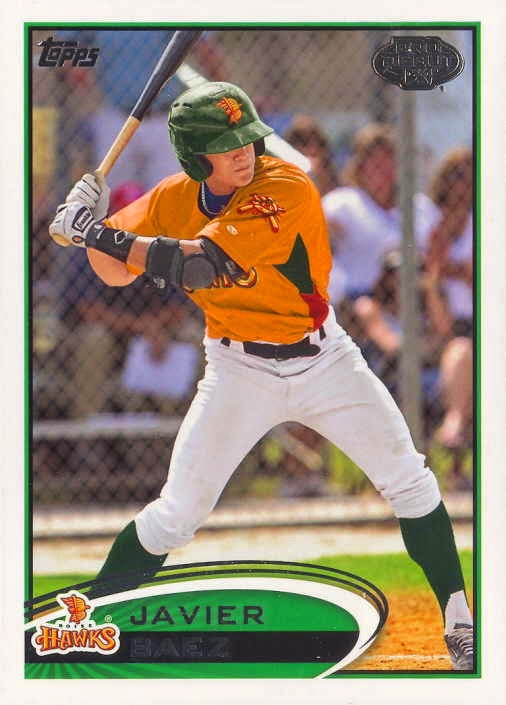 From 2012: Heritage Minors and Pro Debut 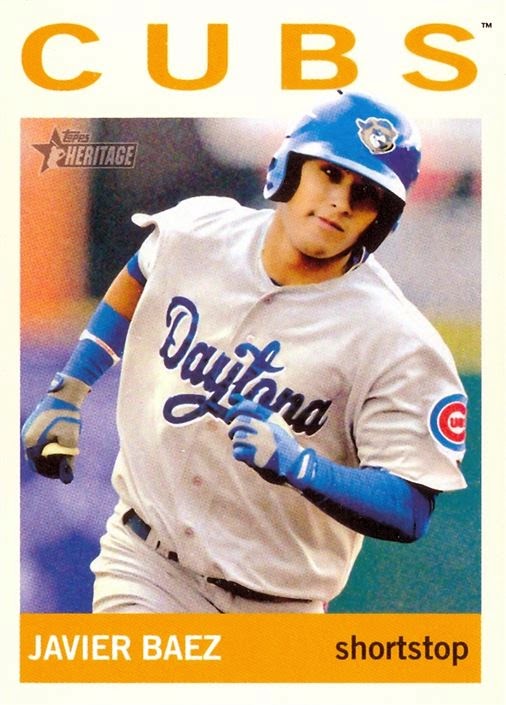 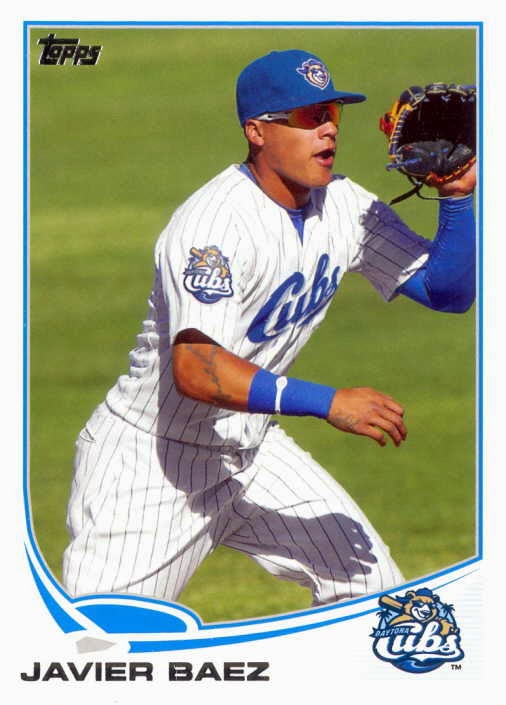 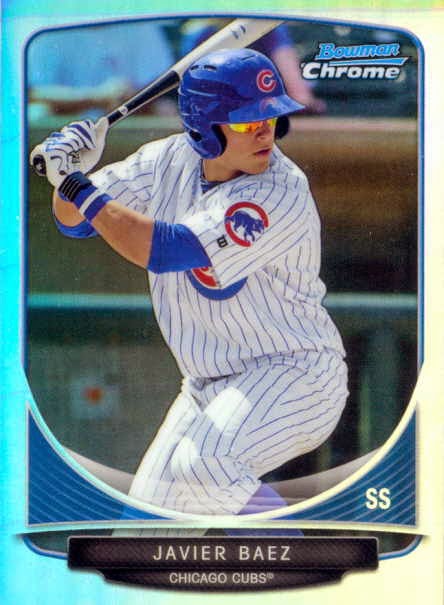 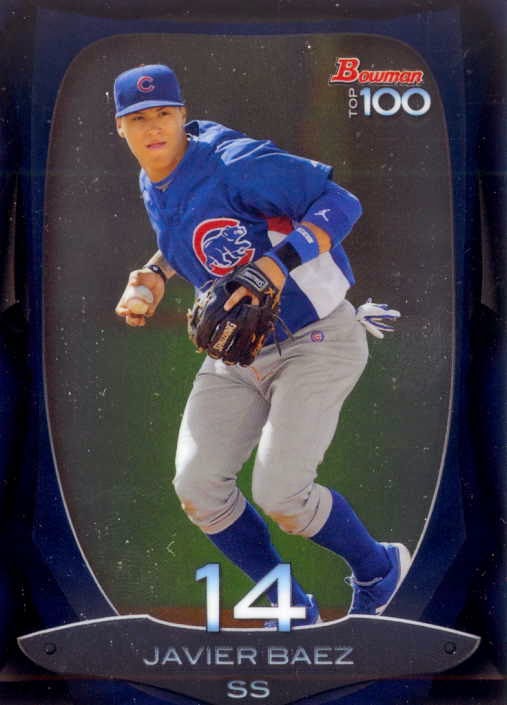 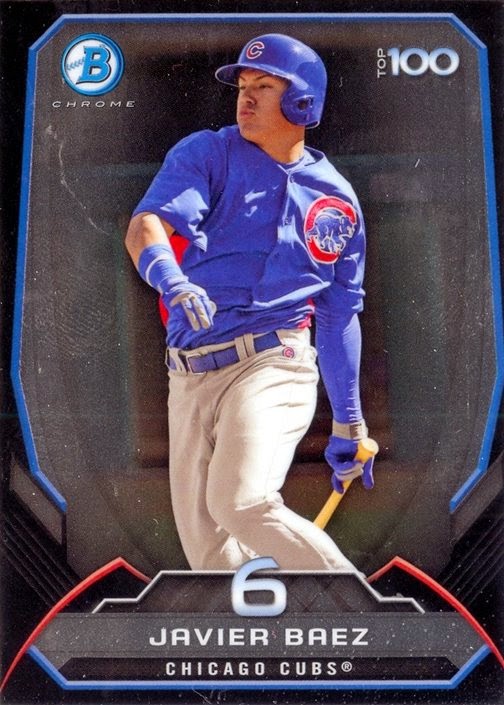 Topps may try to sneak him in a few more things this year.  Next year I'll bet that we will see him in just about any and everything...kinda like they did with Castro in 2011 and Rizzo last year.
Posted by Wrigley Wax at 7:00 AM