Two More of My Favorite Ex-Cub

Even though Darwin Barney is no longer a Cub, I still have a few cards of his to get.  Last week I picked up two.

Topps has again put out a mini version of the base set, so that means I need a mini Barney. 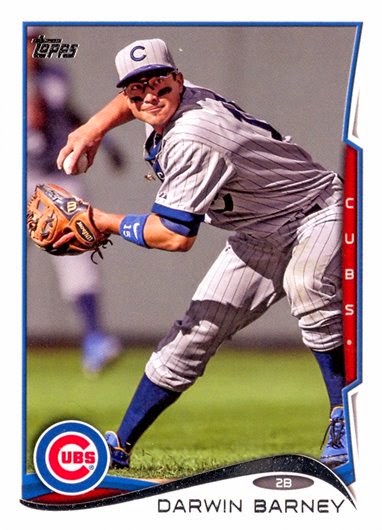 There are also the usual, and dreaded parallels. 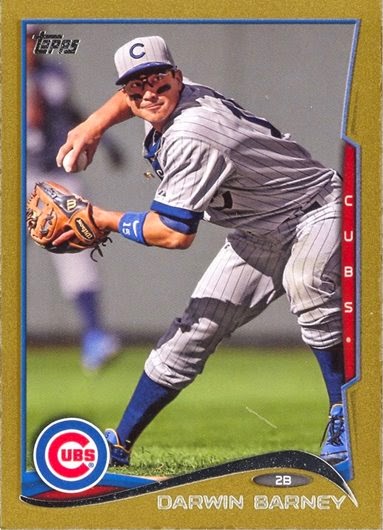 These two additions boost the 2014 Topps Barney total to 20 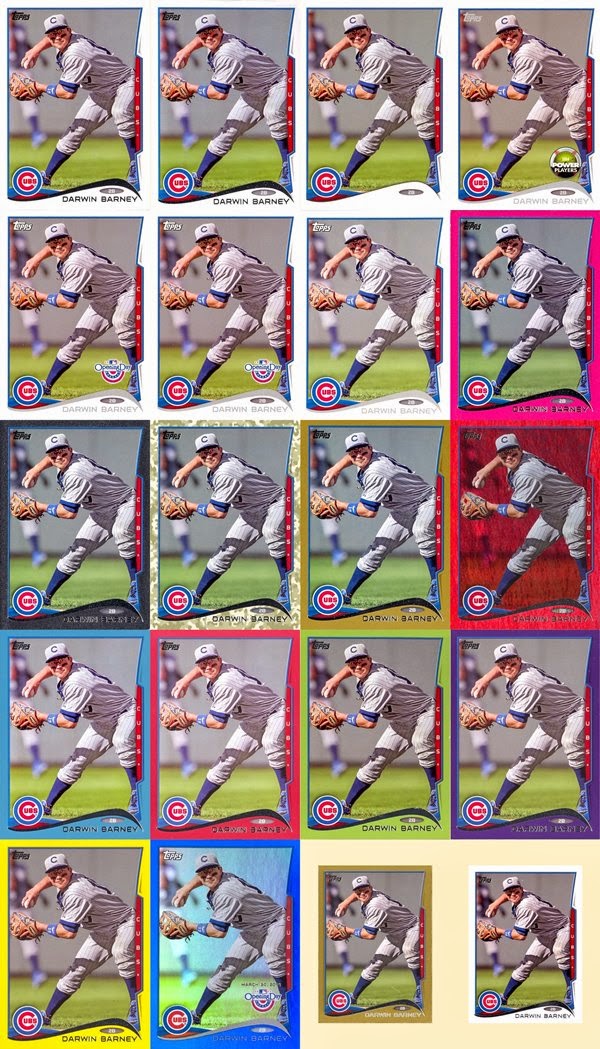 
And how is he doing now?

I think that his Isotopes picture says it all.  He spent a couple weeks with AAA Albuquerque and he doesn't look too happy to be there, does he?  He's got a "I'm a Gold Glover; what the heck and I doing down here??" look.

Through 9 games, he's batting .257.  Most of his time has been spent at shortstop and he's also played a little at third base.

On Sunday, he was recalled to the Dodgers as Hanley Ramirez was placed on the DL.  It'll be interesting to see if he sticks with the team when Ramirez gets back.
Posted by Wrigley Wax at 7:00 AM