Yesterday, Jorge Soler, the second of the highly touted Cubs prospects made his debut and he did it in an impressive way.  Hitting a home run to deep center field in your first major league at bat is a pretty good way to start your career!

The Cubs signed the Cuban Soler in June of 2012 to a  nine-year $30 million contract.  Injuries have limited his playing time, but the with the money the Cubs have invested in him, they weren't going to bring him along slowly. 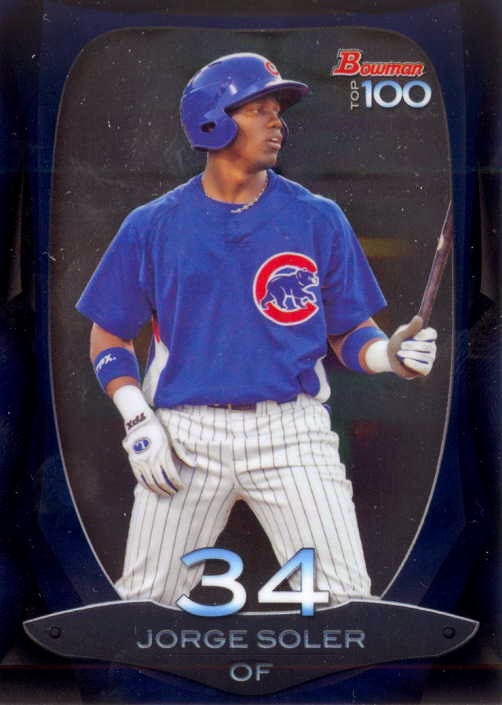 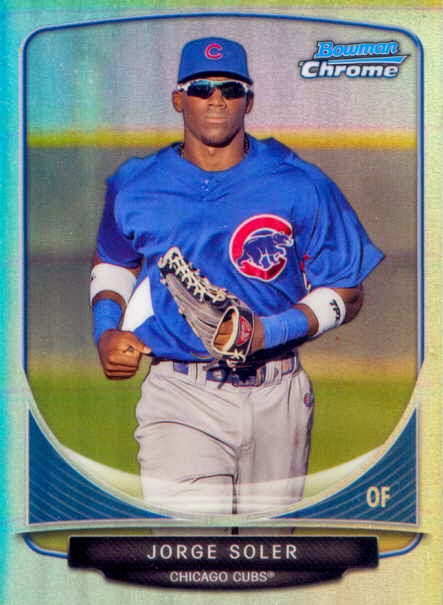 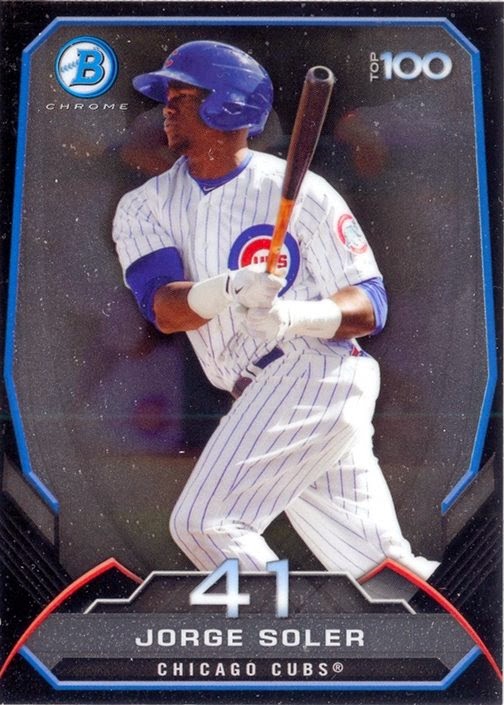 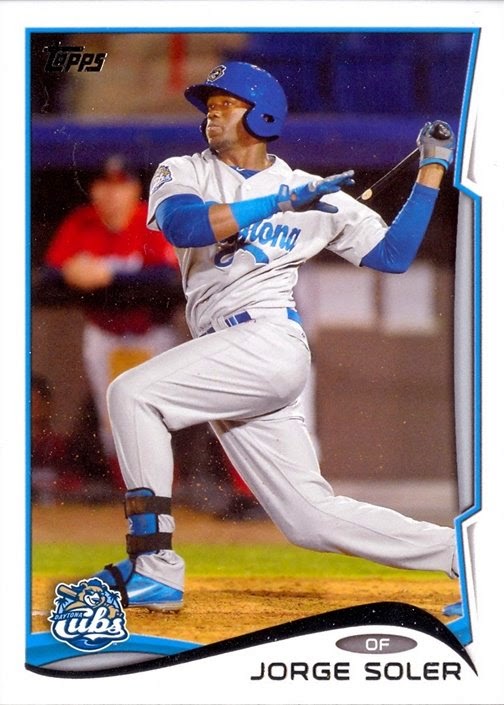 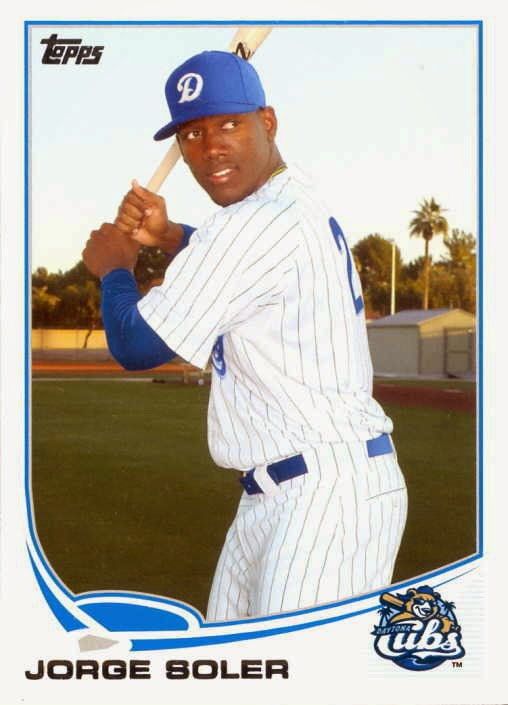 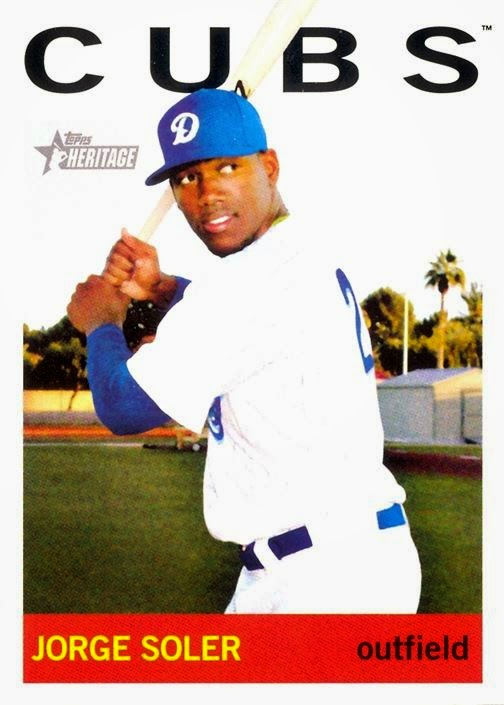 Right now I've got six Soler cards in my collection.  I would expect that number will grow exponentially next season.  I've also got a couple more of his cards coming may way....I named both an auto and relic card as soon as I heard he was being called up (and before there was much of a spike in his prices).  Stay tuned for those.
Posted by Wrigley Wax at 7:00 AM