Just when I thought I was running out of team sets to chase, I find another that I've never heard of before.  Today's set is one of those. 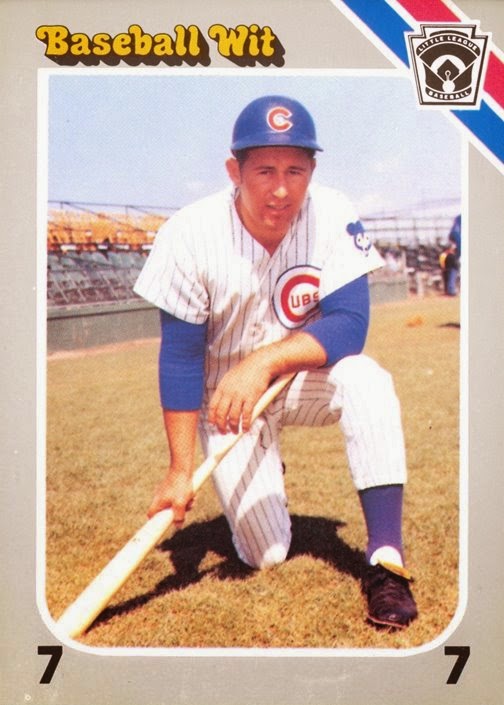 The Baseball Wit set came out in 1990 and was made up of 108 cards and was sold as a complete set.  The cards were both black and white or color, depending on how long ago the player was active.  The fronts have the Little League logo and many of the players were former little leaguers.  There is no mention on the cards of licenses from MLB or the Players Association, but no logos have been obscured.

Since the set is called Baseball Wit, there are three questions and answers on the back.  There is also a number on the front of the card that is part of playing the game

The Cubs landed five players in the set...or six depending on how you put team sets together.  I used Teamsets4u as for my checklist and this card was listed for the Cubs.... 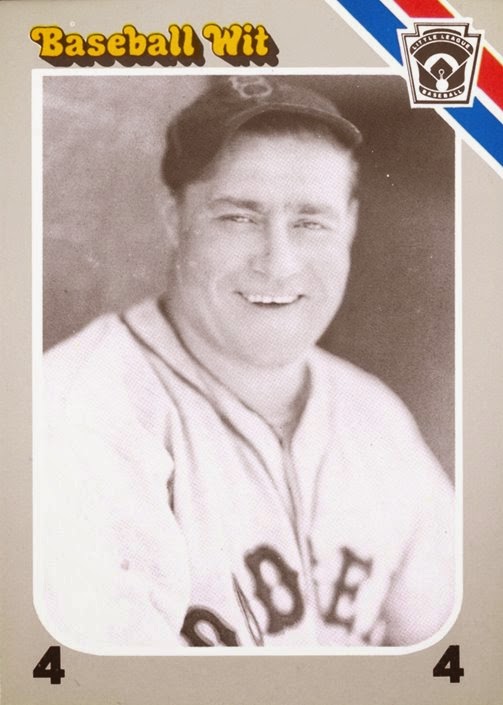 Hack Wilson.  He's known as a Cub and spent the bulk of his career as a Cub, but look closely at the card.  It shows him as a Dodger.  When I assign a card to a team, I go by what team can be identified in the picture.  With that, I'd consider this a Dodger card, not a Cub card. 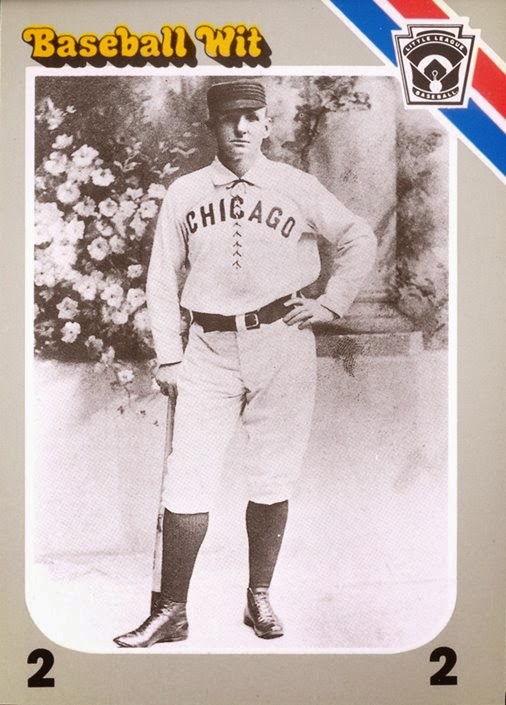 ...with the White Sox.  That's correct, sort of.  Anson spent his entire career with the Chicago White Stockings.  However, that is what the Cubs were known as during his time.  He played in the 1870s and 1880s.   The American League White Sox didn't exist until 1901.  Anson's card belongs with the Cubs.

The rest were Cubs, no doubt. 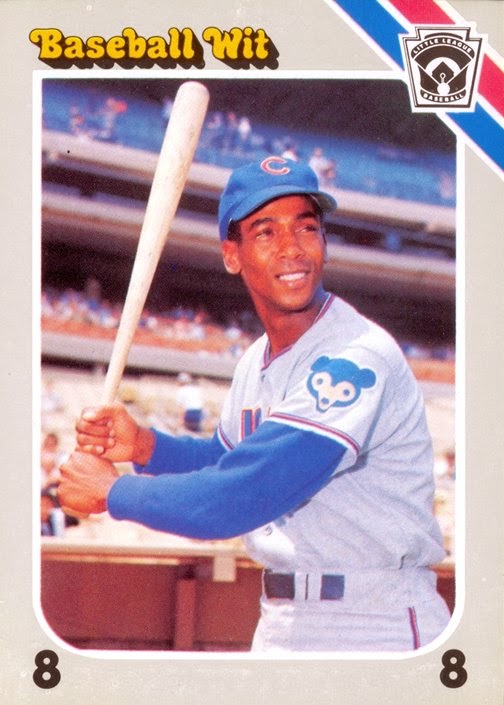 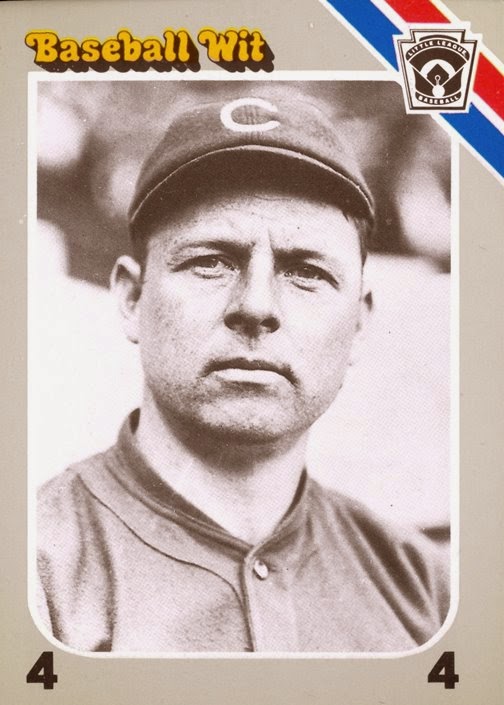 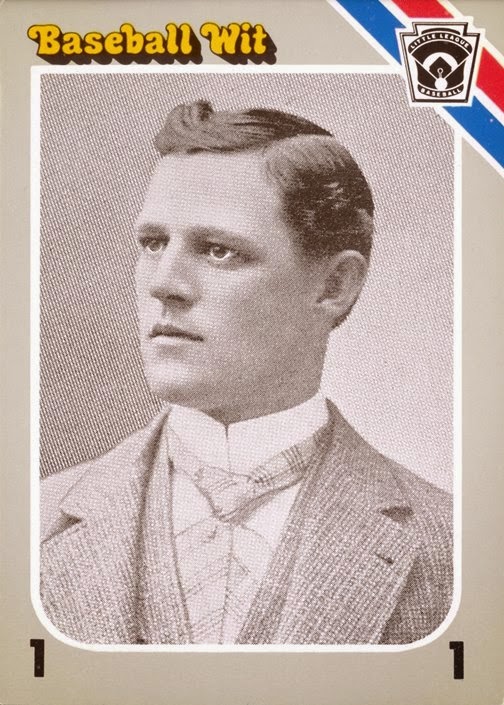 I bet you have no idea who is on the bottom card.  Why he's shown in street clothes instead of a uniform is a mystery.  Plenty of pictures of him are out there. 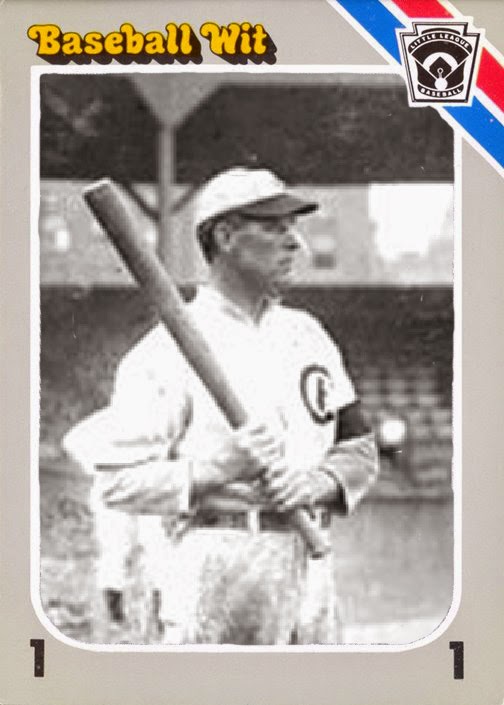 Here's the way the card should look.  Know who it is now?

Seems like an odd choice to include him with all those other Hall of Fame players.

I suppose only those with a tremendous amount of Baseball Wit would have known who it was.