Year three for Topps Finest was the first year that the cards had this... 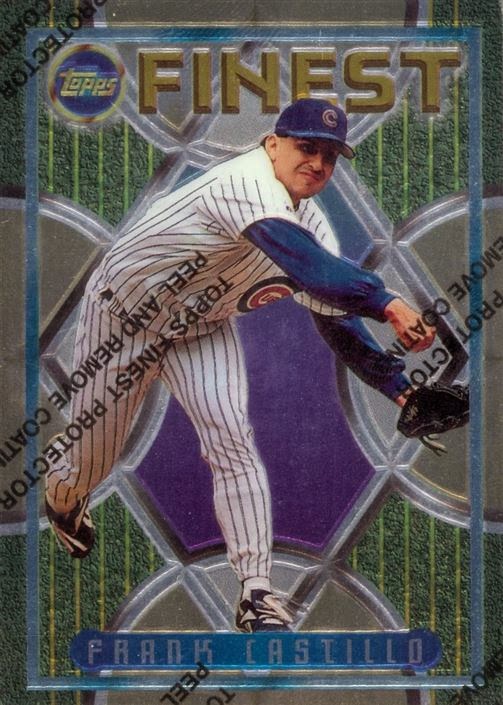 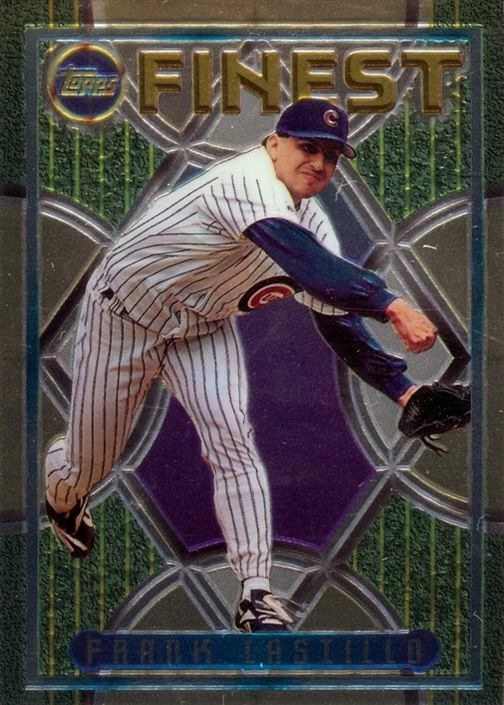 ...which I decided to take off.

It took a little while, but I was able to figure out a fairly simple way to remove the covering.  I just lightly scratched the coating in the bottom right corner of the card and that usually lifted the corner enough to grab and pull off.  If that corner didn't work, I tried another.

The first 30 cards of the set are rookies.  The Finest logo at the top of their cards is a shade of teal. 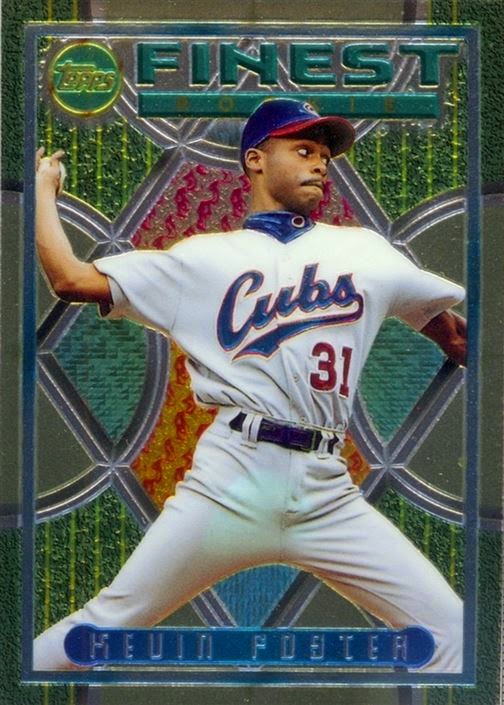 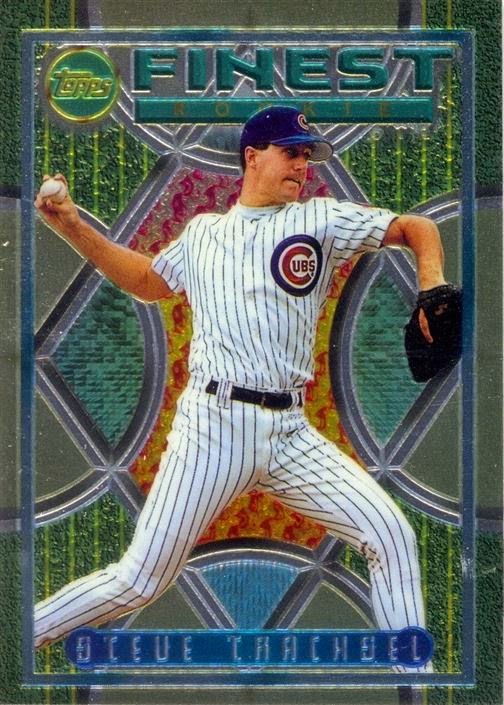 The Cubs had two of the 30. both pitchers.

The rest of the players have Finest in gold instead of teal.  The Cubs had seven players. 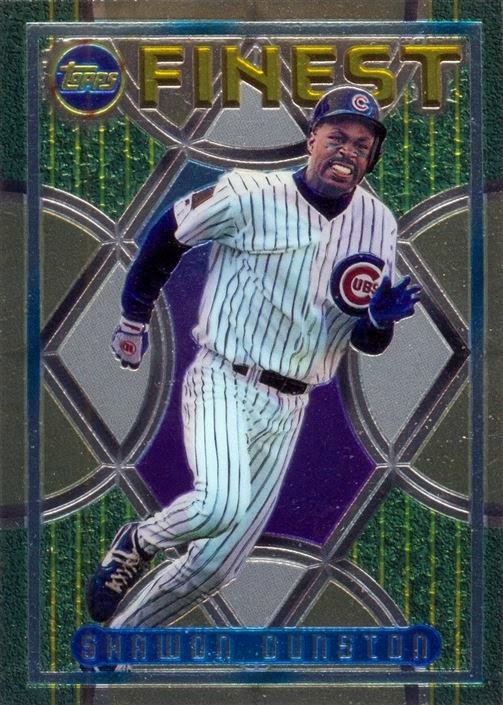 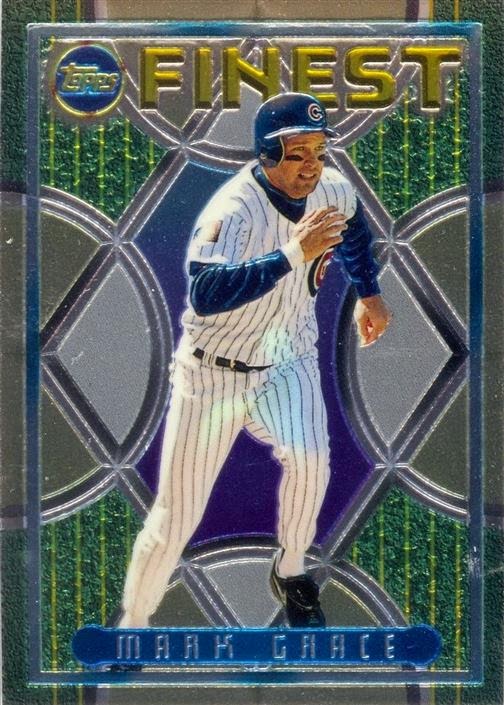 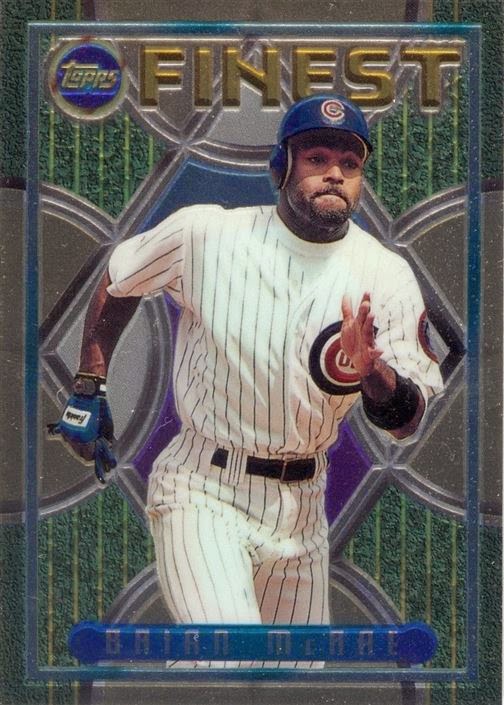 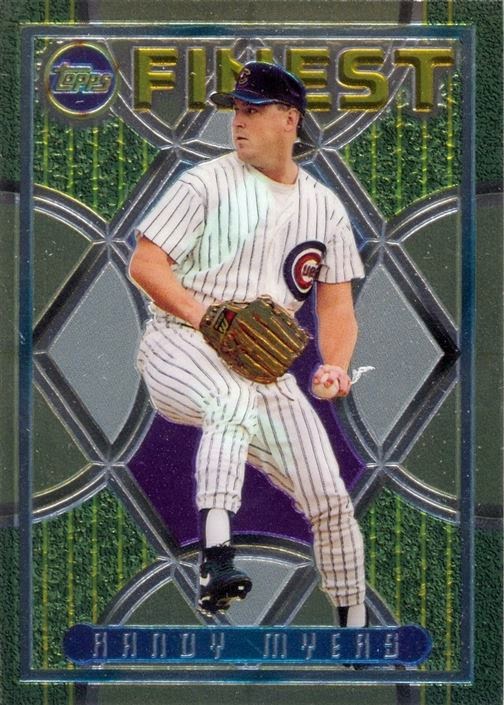 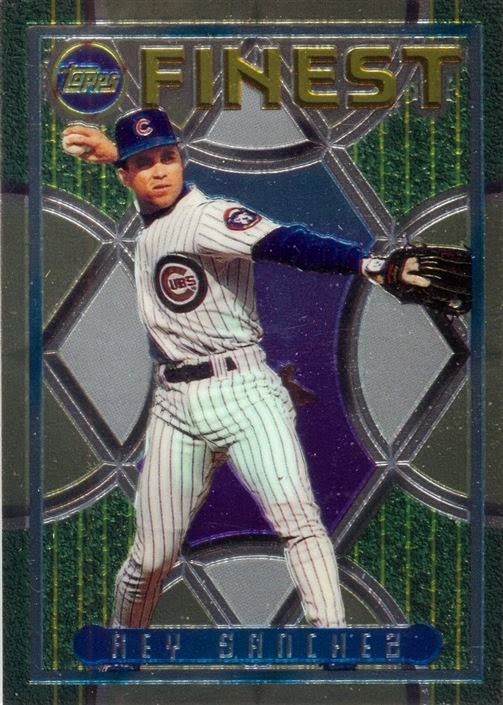 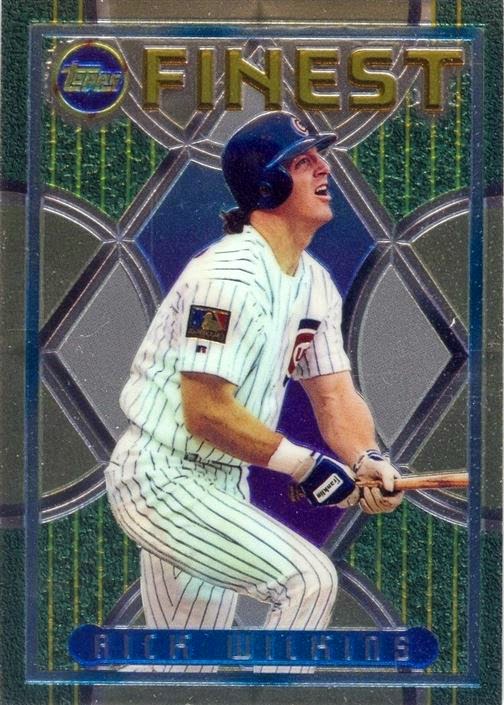 That protective coating really helped the cards keep their value.
Posted by Wrigley Wax at 7:00 AM