Once again Topps has added to the Heritage set with a high number release.  This year's set has 225 cards, with the last 25 being the dreaded short prints.

The Cubs were good for x cards in the set.  However of the x, three were short-prints.  That seems crazy unfair (and expensive) to have three players from one team among the 25.  Even worse, one of the three is Kris Bryant.  His cards are already going for higher than normal prices.  Make it an SP and you really have to fork out the dollars.

My wallet got a bit of a reprieve because I was able to get all my cards from Brentandbecca.  Brent always give me a fair price and since all the cards are coming from one source, I save on shipping too.

I'll start off with the regular cards: 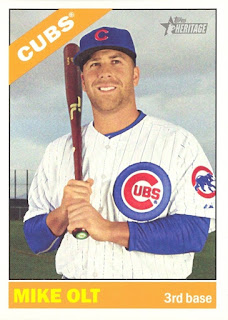 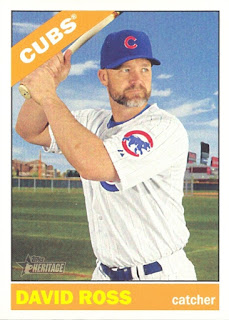 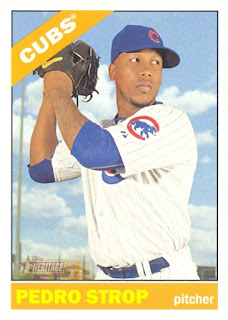 Strop and Ross belong, but Olt, no.  Olt did have a bit of a historical moment, as he became the first player to ever hit a home run for both the Cubs and Sox in the same season.  Maybe he'll be released by both teams in the same season, too.  Last I checked he was hitting under .200 on the south side. 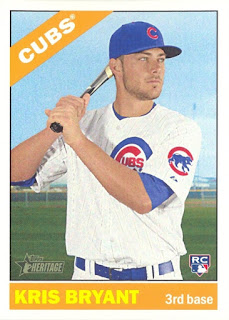 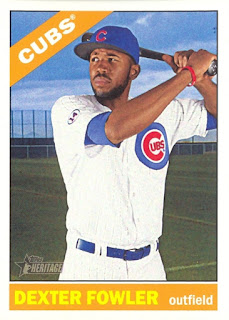 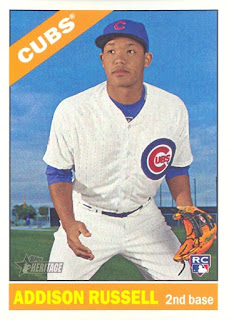 No duds fin this bunch.
Posted by Wrigley Wax at 7:00 AM