Wow!  The Cubs are moving on! 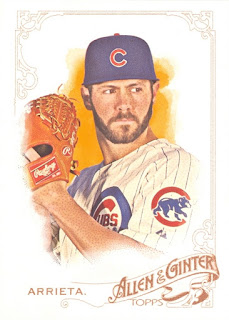 I don't know what I can say about Jake Arrieta.  How can you describe the run he's on?  Another game, another dominating performance over the Pirates (he's held them to one earned run over three games), another shut out, another complete game.  Will he ever lose another game?

Now it's on the the NLCS and the Cardinals.  This is the first post-season match up of the two long-time rivals.  It should make for a very interesting series.

Early in the season the Cubs were dominated by the Cardinals.  The young Cubs used it as a learning experience.  They saw what they wanted to become.  By the end of the year they became.

The Cubs dropped eight of their first ten games against the Cardinals.  The next nine saw the Cubs winning six.  The tables were turned.  They believed they were as good as the Cardinals and could beat them...and they did.

The Cubs have now won nine games in a row.  The Cardinals were shut out in their final three games.

And none of that matters.

Its a clean slate.  First team to three moves on.