The Legendary Cuts cards continue to arrive.  Putting the 2002 set together wasn't too tough since there were only five Cubs on the 90 card checklist.

Upper Deck went with an old-fashioned sepia-toned look  It's a bit too plain looking for me and a step down from the previous year's design.  It is also the only year among the nine that Legendary Cuts was issued that Billy Williams was missing from the set.  I wonder why they left him out?

The five Cubs that made the set are all in the Hall of Fame, though when the set was released only Banks and Jenkins were in. 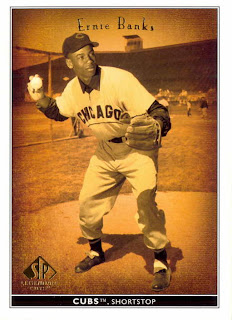 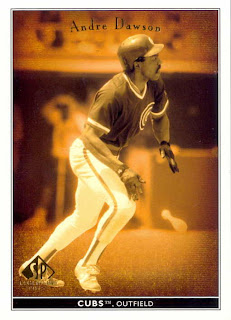 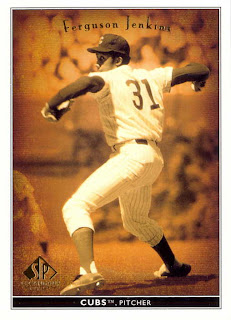 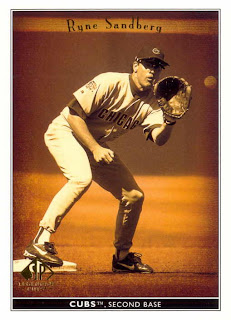 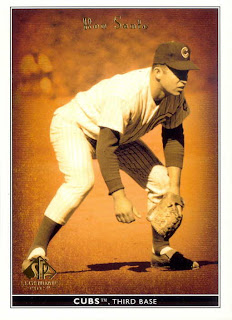 And finally, to correct Upper Deck's slight of my favorite player... 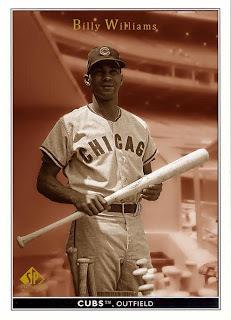 It's not my best work, but you get the idea!