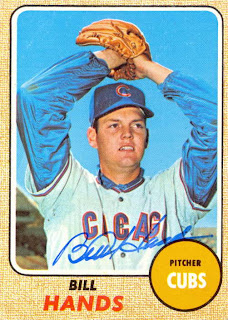 I have been on an autograph spurt, but mostly certified autographs.  I've got cards from most of the main '69 Cubs, but as far as I can tell, there was never one made of Bill Hands.  He was the Cubs' number two starter and won 20 games, but for the most part he's been forgotten by the card companies.

So that left me looking for a regular old signed card.  I found this one for a couple bucks.  Real? Fake?  Who knows...but then who forges Bill Hands.

While I was getting the hands card, I decided to see if I could find one of the other name pitcher without a certified auto, reliever Phil Regan.  And I found... 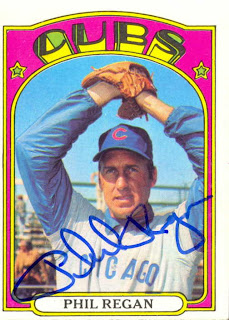 The only hole I still have is the center fielder.  The Cubs didn't have a regular center fielder, which was one of the flaws of the team.  Rookie Don Young got the most starts, but he has been a recluse since his playing days ended and autographs of him are not easy to come by...and will definitely cost more than a couple bucks.

Here's the rest of the team, starting with the other outfielders, 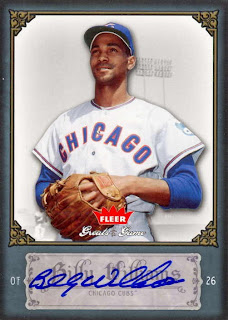 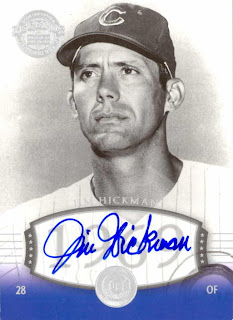 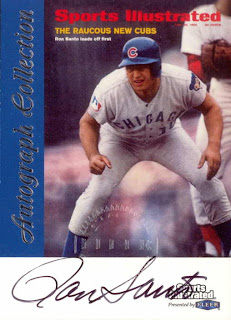 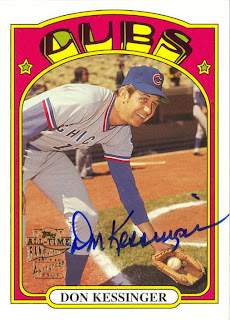 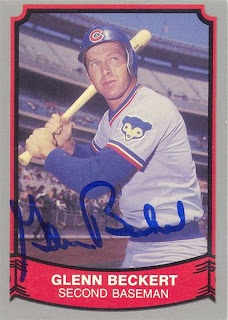 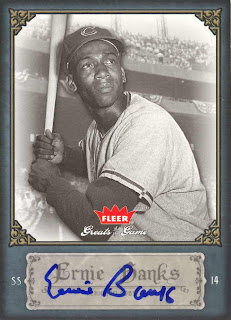 The infield...Santo Kessinger Beckert and Banks 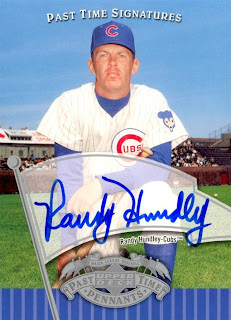 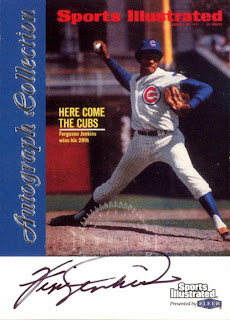 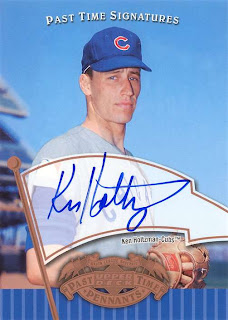 and starters Fergie Jenkins and Ken Holtzman
Posted by Wrigley Wax at 9:00 AM