The 2004 set was my favorite.  The 2005 set isn't.  After the full color of '04, the set returned to the monochrome look in 2005.  The big design change for the year is that the layout switched from vertical to horizontal.

The checklist was scaled back to only 90 cards, so the number of Cubs dropped too.  The smaller set left only four Cubs.  Playing it safe, they went with all hall of famers, and all four have been on Legendary Cuts checklists before.  In fact, Ernie Banks was in all of the earlier sets, while Fergie, Ryno, and Billy were in three of the previous four. 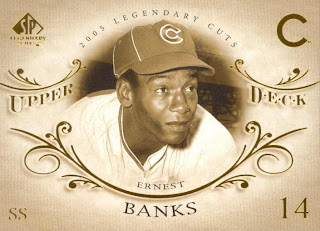 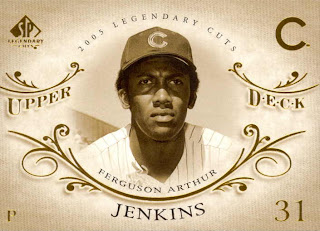 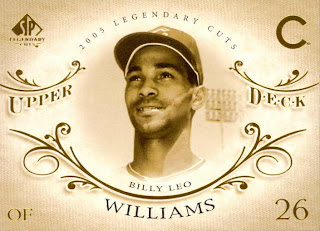 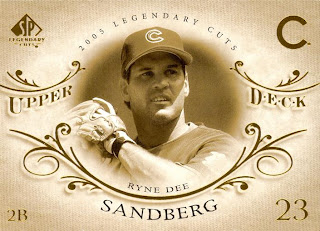