2006 Legendary Cuts...Really Messed Up Back

I've already shown the 2006 Legendary Cuts Cubs.  In fact, it was this year, given to me in a package from Michael, that got me started with Legendary Cuts.

Instead of looking at the fronts, today I've got a screw-up on the back of one of the cards.  Its on the card of my all time favorite Cub and its a biggie.

Take a look at the back and read Billy's write up.  I made it nice and big for you. 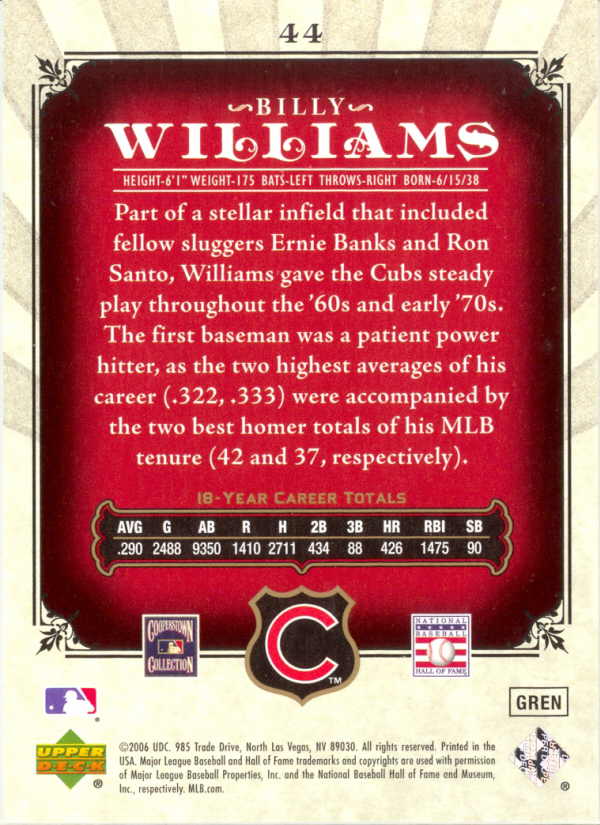 So, according to the geniuses at Upper Deck, Billy was part of that slugging infield with Ron and Ernie.  Whatttt?

Billy played 2,213 games while with the Cubs.  He played first base in 89 of those games, mostly in 1973 and 1974.  The 89 games represent 4% of his Cubs career.  Anyone with half a baseball brain knows that Billy Williams was an outfielder.  Yet the writer of this card is clueless to that fact.  It's written as if he played first base his entire career.

So how does Upper Deck hire someone to write these cards that has no idea who is being written about.  And then, is there anyone proofreading or editing these? This isn't just a transposing of digits or the switching of a couple letters.  This is a completely wrong write up.