I've got 11,096 Cubs cards from 76 different brands listed on a spreadsheet. A random number generator picked five cards, one each from the past several decades. 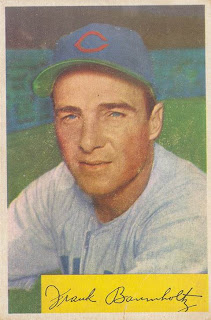 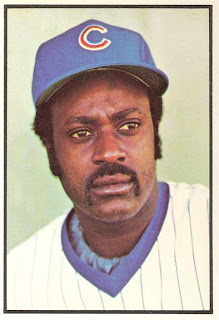 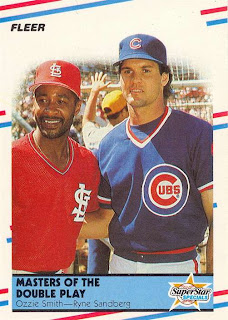 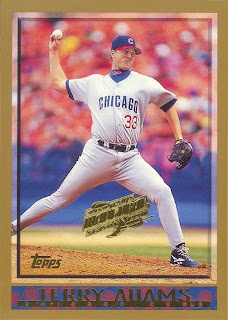 1990s: 1998 Topps Devils Rays Inaugural Set #78 Terry Adams  When MLB expanded in 1998, Topps put out special inaugural sets for both the Devil Rays and the Diamondbacks.  The sets were identical to the base set except for the addition of a team logo on the card.  Adams pitched in 63 games for the Cubs in 1998, all out of the bullpen.  He was 7-7 with an ERA of 4.33 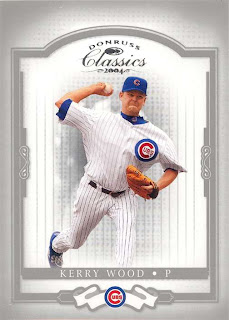