Today's tile is for JT, who wanted to see his favorite team, the 1989 Cubs.

This team is The Boys of Zimmer.  The team came out of nowhere to win the 1989 division.  Rookies Jerome Walton and Dwight Smith, plus new closer Mitch Williams played a big part in the team's success.  1984 holdovers Ryne Sandberg and Rick Sutcliffe also helped, as did youngsters Mark Grace and Greg Maddux and veterans Shawon Dunston and Andre Dawson.  The team won 16 games more than the previous season and won the division by six games.

The first card in the tile is Ryne Sandberg from 1982 and the tile ends with Greg Maddux's 2006 card--a span of 24 years.  There were 33 players that suited up for the '89 Cubs and 32 have a card in the tile.  The Topps Debut sets are the main reason why---there are several that have Debut cards as their only cards.

The lone '89 Cubs without a Topps card is pitcher Kevin Blankenship.  He pitched in six games over the 1988-1990 seasons. Though Topps excluded him, Donruss, Bowman, Fleer, Score, and Upper Deck all did make a card for him.  But to keep the concept pure, I didn't include any of those cards in the tile.  Sorry, Kevin, but no Topps means no tile for you. 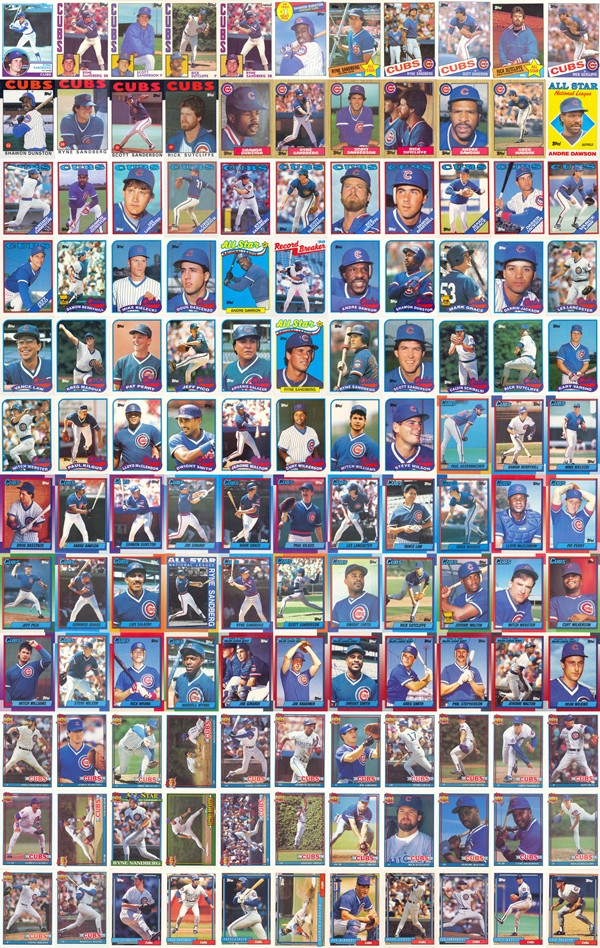 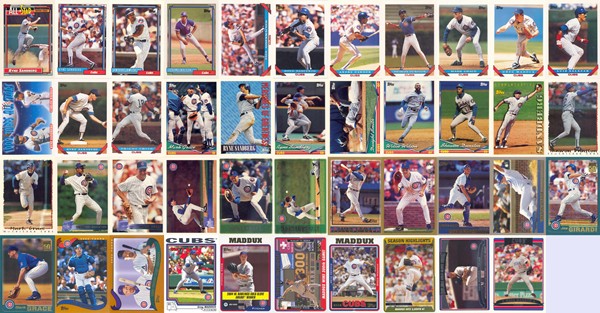