Moving right along with these...

The 2003 version of SP Legendary Cuts seemed to go back to roots of the original 2001 set. The cards have black and white pictures, include some gold borders and printing, and feature players from all eras. The set also got a bump to the checklist, adding 40 cards to now include 130 players. The bump also meant a bump in Cubs, to nine...or eight. 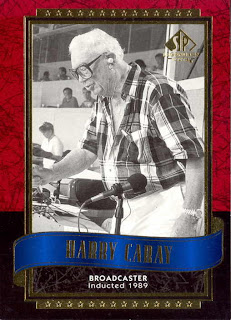 Here is the question mark card. No team is indicated on Harry's card, but the picture is taken at Wrigley Field. Would Cardinal or White Sox fans include him in a team set for their team? 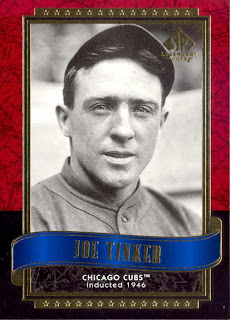 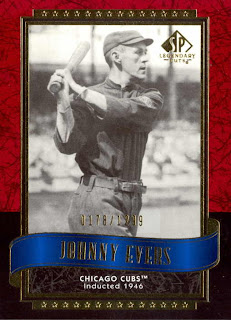 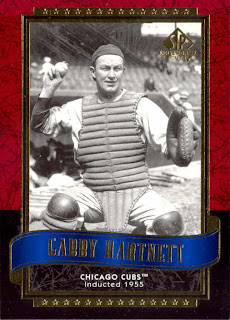 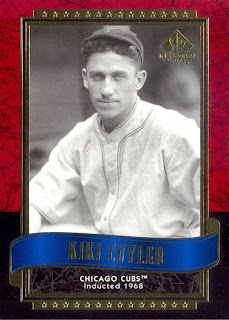 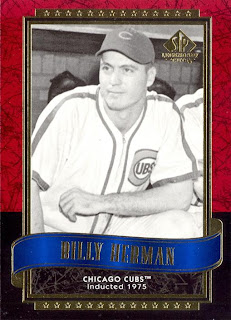 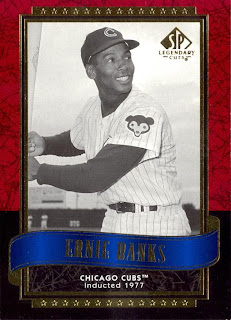 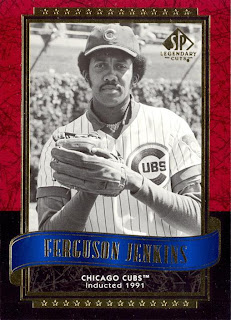 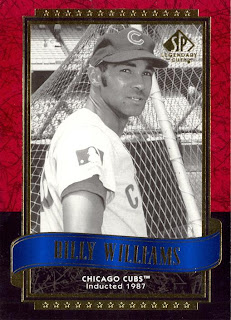