This is my third and final tile of a Topps run of a Cub team.  Today, it's the team that was five outs away from the World Series, the 2003 Cubs.

Of the three featured, this tile has the shortest span.  I suppose that's a result of the free agent era.  Players just don't stick around with a team as long anymore.

The tile starts with a 1992 card of Sammy Sosa and finishes with Kerry Wood's card from last year.  In fact, the first two rows of the tile are almost all Sosa and Wood.  This team was built quickly, with many joining in 2003.  GM Jim Hendry did a lot of on the fly dealing that season and it really paid off.

But just as quickly as the team was built, it fell apart.  The last couple rows are almost all of just three players, Aramis Ramirez, Kerry Wood, and Carlos Zambrano. 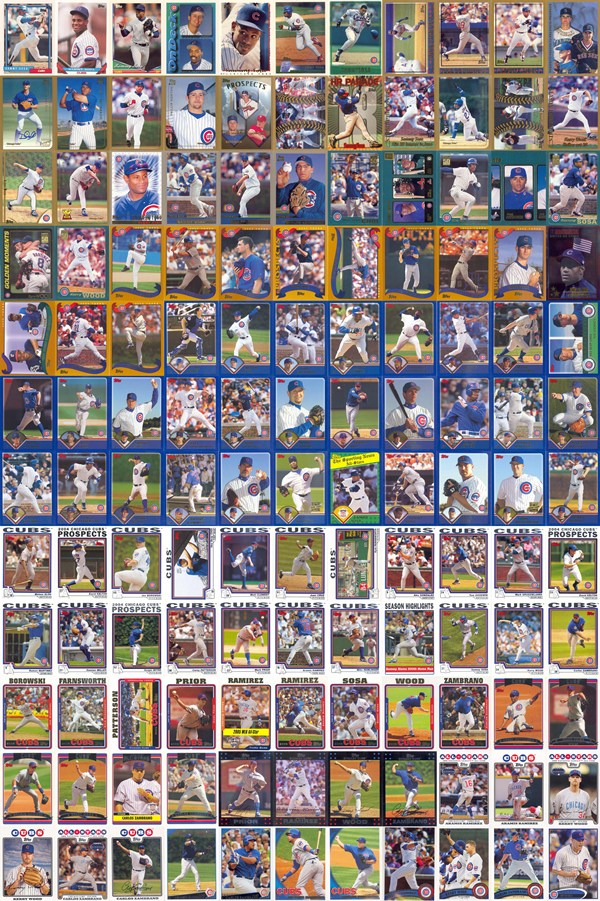