A Closer Look at the 60's Cubs Rookie Cards

I thought I'd follow up on yesterday's post with a look at all of the Cubs multi-player rookie cards from the 1960s. Turns out there were 32 different Cubs on 36 different cards.  It's never a good thing when a player is a rookie star on more than one card. 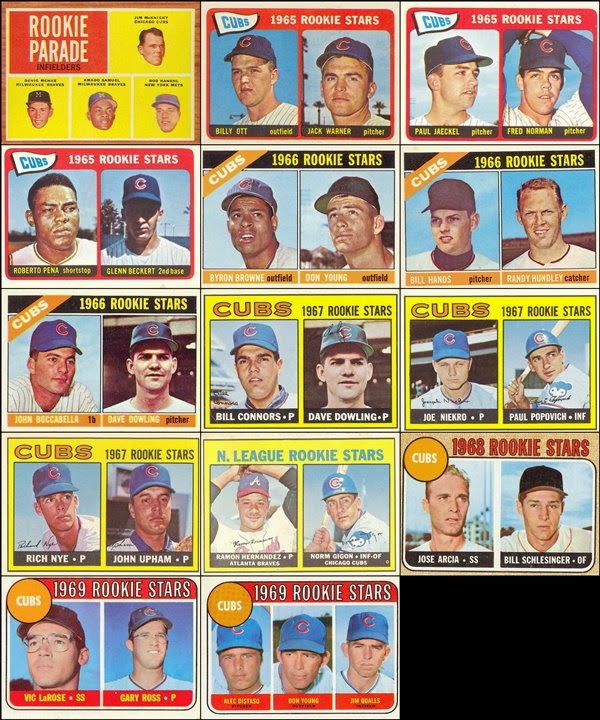 The best card?  Probably the 1966 card with Bill Hands and Randy Hundley.  Both were major contributors on the late '60s / early / '70s teams.

The worst? I'd go with the 1965 Ott/Warner card.  Ott played in 32 games over two years and hit .222 while Warner had a 33 game career over four seasons and was 0-2 with an ERA of 5.10.
A couple had OK careers--Joe Niekro, Paul Popovich, Fred Norman, Billy Cowan, John Boccabella.

And the duds?  Just about all of them.