I saw that the Padres are planning on wearing 1984 uniforms for an entire four-game series next season. 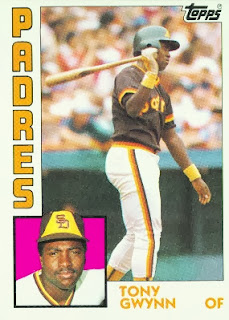 Then came October, 1984...specifically October 4, 6, and 7.  The Cubs blew a 2-0 NLCS lead and lose to the Padres on each of those days, and lose the series.  From that date forward, I did not like the Padres.

Next season marks the 30th year since that fateful October.  Time has eased the pain of the collapse and the dislike of the Padres.

Thank a lot for rubbing salt in a 30 year old wound.

I do not like the Padres.
Posted by Wrigley Wax at 9:00 AM