Got to go all the way with this!

After a ten year hiatus, the multi-player rookie card returned with the 1992 set.  They remained in various sets off and on through the 2003 set.  They haven't been seen since.

The cards were a mixture of multi-team and team-specific cards.  Some years had both.  They gave us an early look at budding stars like Kerry Wood and busts like Hee Seop Choi. 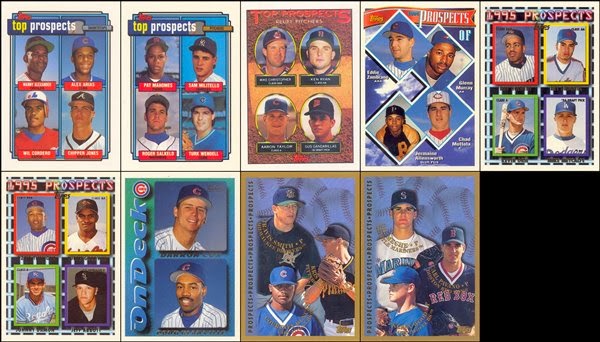 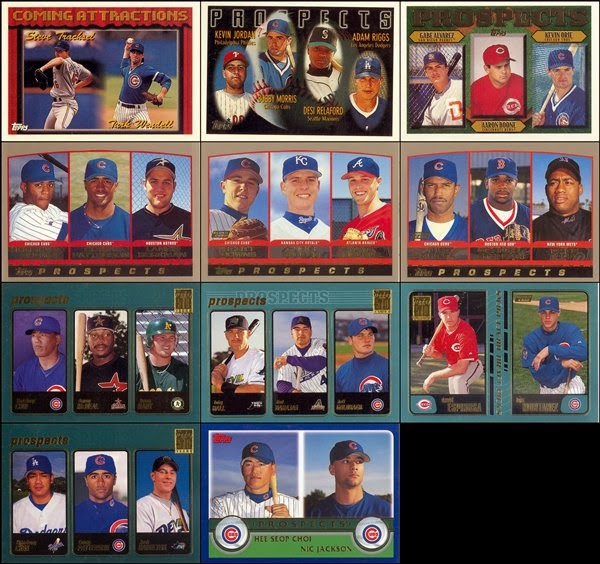 There are a total of 23 Cubs on these 20 cards.  When you read look at the cards and read the names, you'll get an idea of the ineptitude of the Cubs organization over the past 20 years.  There's an awful lot of busts in  the lot.

Theo's been stockpiling blue chippers the past couple years, Baez, Almora, Soler, Bryant.  I sure hope that in a couple years, those names will be more well known than Aaron Taylor, Eddie Zambrano, Bobby Morris, and Kevin Orie.
Posted by Wrigley Wax at 9:00 AM