Old Cards of the New Skipper

On Thanksgiving, one of my brothers asked me if I had any cards of the Cubs new manager, Rick Renteria.

I did some digging and found I have three cards in my Topps sets. 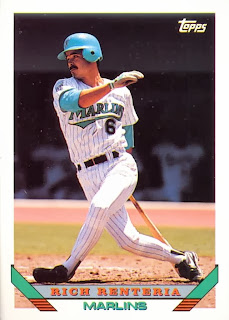 Though he played briefly in the late '80s with the Pirates and Mariners, he didn't get his first Topps card until the Traded set of 1993.  He was an original Marlin, and lots of Marlins were in the Traded set. 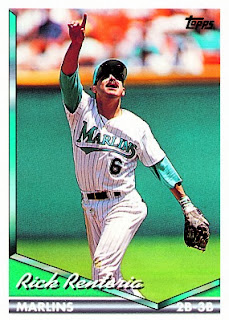 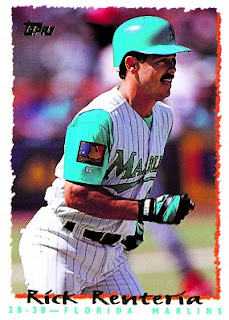 He made the base set the next two season, though he didn't play for the Marlins (or anyone else) in 1995.

These are all of the Topps cards for the lifetime .237 hitter that has the task of developing all the young stars the Cubs have waiting in the pipeline.
Posted by Wrigley Wax at 9:00 AM