No, that's not a typo in the title.  I didn't accidentally leave the "s" out after Cub.

Last week they started selling the 100 card Heritage High Number set.  The set is available only via the Topps website.  For the low price of only one hundred dollars you get one hundred cards and one autographed card.

I did not buy the set.

I did buy the Cubs team "set," all one card of it.

I shouldn't complain.  After getting completely shut out of the 100 card Chrome Update set, I should be happy that at least one Cub was deemed Heritage High worthy by the good folks at Topps.

And who did Topps grant the privilege of inclusion to? 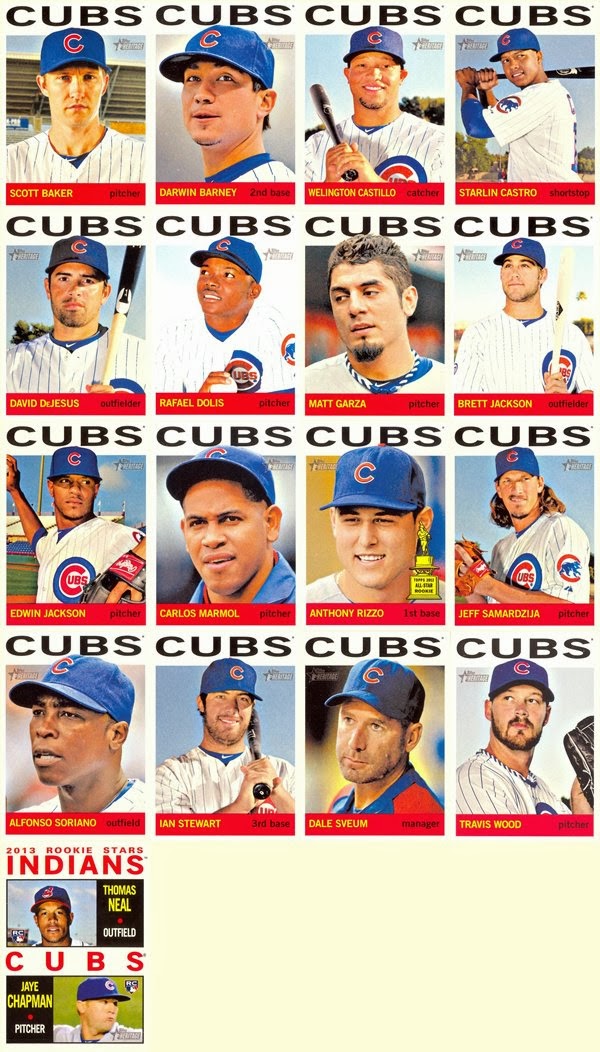 In 1964, the Topps set had 587 cards and the Cubs showed up on 28 of those.  There were only 20 teams that season, so simple math tells you that there should be more Cubs than in the Heritage set.

The only bright spot?