I am not a Star Trek fan.  I know very little about it.  What I do know is more from other sources.

I am a fan of Billy Williams.  I know alot about him from my own stuff, including this newest pickup... 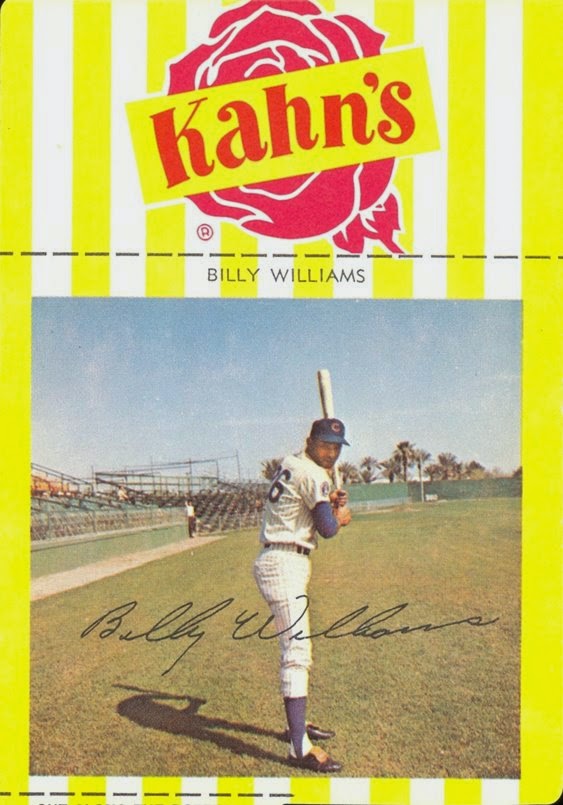 My card of Billy is from the 1969 set, Kahn's last set.  The picture on the card seems to be from the spring of 1969.  Too bad they didn't crop the card a little tighter; Billy seems pretty far away.

These are fairly scarce and can command a pretty penny.

By now you should know that I didn't pay a pretty penny for the card.  I've been waiting for a couple years for one of these to come up as an auction that starts at a reasonable price.  It was worth the wait.  The cheapest one on Ebay right now is going for $50.  I paid less than a third of that.

When I won the card I was excited.

I let out a little yell